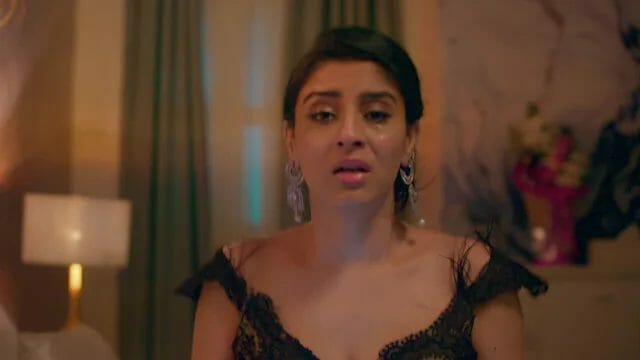 High voltage drama in Anupama with Kavya turning into a model.

Partiosh convinces Shahs that one day he will turn businessman of the year. He dreams of growing his business. Vanraj says to set up new business they need funding too. Paritosh says he managed to get the investment. Anupama asks Anuj to call back Anu. Anuj says Anu is happy with her friend. Both Anupama, Anuj decide to bring change in their relationship this year. Anupama hugs Anuj.

Ankush demands divorce from Barkha. Barkha refuse to give divorce to Ankush. Kavya tells to Vanraj that she will restart her modelling. Vanraj questions kavya Kavya asks Vanraj to either support her or she is enough to carry forward it alone. Vanraj stand stunned.

Anupama shares with Devika that she has planned a date for Anuj. Devika teases Anupama.

In the upcoming episode, Anupama will plan date night for Anuj. Anuj will bring someone to his house. The other person will tease Anupama over romantic set-up. The new entry will spice up Anuj, Anupama’s story? Keep watching the show to know more.