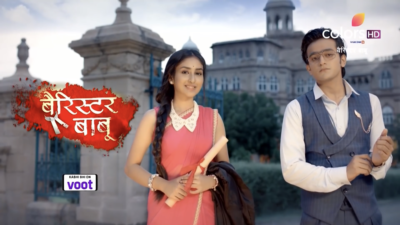 The episode starts with Bondita noticing that Tupur is crying. She consoles Tupur saying she won’t let anything happen to her. She couldn’t stop her child marriage but will make sure that Chandrachur doesn’t marry any other girl. Tupur vents out her fury saying why even Bondita returned back from London. Bondita assumes Tupur is sad because of her mother in law’s harsh words.

Anirudh instructs sword fighters to practice in proper way. Bondita finds another way to remind Anirudh of his past. Bondita starts playing piano like a dissonant. Anirudh gets interrupted and he comes to her and says its tuneless. Why Bondita is playing it, she is really inexperienced. Bondita says she can play the piano and will buy it from him. Anirudh gets shocked and says she won’t take it. Trilochan says Anirudh doesn’t play the piano anymore so it would be better if someone uses it.

Anirudh refuses to give the piano so Bondita says he has to prove that he can play piano, only then she will not take it. Anirudh remains silent and recalls his past. Bondita leaves with Trilochan. Bondita thinks Anirudh should play the piano before they leave. Anirudh starts playing the tune of hum honge kamyab song. Bondita gets teary and everyone listens to that. Trilochan says after eight long years Anirudh is playing the piano still it sounds melodious.

Anirudh locks himself in room and starts crying. Bondita asks him from outside is he crying? She says men can also cry, he should not control his tears. Bondita starts singing hum honge kamyab song to lift up his mood. Anirudh gets irked and warns her to not cross her line. He says tomorrow will be her last day in his mansion. Bondita gets disheartened to know that. She thinks she has to win Anirudh’s heart within one day.

Somnath brings Chandrachur’s spy and informs Anirudh that the spy was trying to give information to Krishna Nagar people. But Somnath caught him. Somnath interrogates the spy and the lattter falls unconscious. Anirudh tells Somnath to not force him to the tell the truth. Bondita talks to Dugga Ma that Anirudh is not expressing his feelings owing to the rivalry between Krishna Nagar and Tulsipur. She says she will make things right once Anirudh will accept her. She gets an idea.

Anirudh asks Bondita if she wants to know anything from him on her last day. Bondita touches his foot and says he made her a literate woman, she wants to show gratitude to him. Later Bondita says she rearranged his all books alphabetically. Anirudh gets annoyed and messes up everything. He says he is habituated with all the mess. Vaijayanthi should not try to change it. Bondita thinks she will again cherish all the memories and Anirudh can’t run aways from his feelings.

Chandrachur asks Tupur whether she talked to Thakuma about his marriage with Bondita. He dips her finger in tea and she screams. Tupur replies Thakuma will question her why she chose Bondita and not Tapur. Chandrachur says Tapur will become widow after marriage, her Kundali says that. So Thakuma won’t take risk by choosing Tapur as the bride. He threatens Tupur to talk about his second marriage soon.

Bondita comes to Anirudh and the latter hides his face with a paper to avoid her. Bondita says she wants to ask a question. Anirudh shows his face and Bondita applies red color on his face. She says Anirudh only told he likes being messy so she put the color. Anirudh cleans his face after recalling holi celebrations with child Bondita. He breaks the mirror angrily. Bondita hides in a box seeing him coming out of room. She notices Chandrachur’s spy in the house.

Anirudh questions him what he saw during birthday party. Bondita gets scared thinking her secret will get exposed now. She diverts Anirudh and Somnath’s attention by throwing a stone. Anirudh and Somnath go out to check. Bondita comes out of box and tells spy to not reveal her name. She lies that she is here as spy and to keep eyes on Anirudh. She wants to know what Anirudh is planning for sword competition. Anirudh overhears that.