The episode starts with Bondita telling everyone how Trilochan punished himself when she tore Mata Rani’s chunari by mistake. She asks how he can ruin bhog when he cannot even think about such a bad thing. She reminds Anirudh how he told her that sometimes he doesn’t know which side is right and which is wrong and in such cases he listens to his heart. She says that her heart is saying that Trilochan cannot do this therefore she will prove it. Anirudh agrees with Bondita and says that they will find the person who did this together.

Sampoorna asks if Durga Maa will forgive her even if they find the culprit since everyone will think that her first kitchen got spoilt. She agrees with Trilochan when he says that she is unlucky and there is no happiness written in her fate. She cries and leaves followed by her parents. Bihari takes the dead rat away.

At night, Devoleena says to Sampoorna that Bondita ruined their whole plan. They remember Sundaram putting the rat trap in Trilochan’s room and then Sampoorna putting dead rat in halwa. She says that Bondita is very clever.

On the other hand, Bondita asks Durga Maa to forgive Sampoorna who cooked with whole heart. She knows Trilochan cannot do this too.

Devoleena tells Sampoorna that they won’t attack Trilochan anymore but they will direct their attack to Bondita. Sampoorna says that Bondita loves her a lot.

Bondita wonders who can do this. Just then, a bucket near her drops. Bondita goes to check and puts inside the clothes that had fallen out. Suddenly she smells something stinky. She wonders why dead rat’s smell is coming from the saree. She recognizes it to be Devoleena’s saree. She recalls Devoleena saying that she smelled the stink when she went upstairs to hang the clothes. She wonders why Devoleena went to hang clothes when Bihari and Koyli are home. She understands Devoleena has done all this and decides to go to tell Anirudh.

She is going to tell everything to Anirudh when she bumps into Sampoorna. She hides the saree. Sampoorna asks what she is hiding. Bondita shows the saree and says that Devoleena did all this and that is why smell is coming from her saree. She tells her that she is going to tell the truth to Anirudh. Sampoorna asks her to go to tell everyone so that they will think she is like her mother and they will throw her out, fulfilling Trilochan’s wish. Bondita says that none can separate her from her Sampoorna Maa.

Sampoorna asks whether she would be able to see and bear her mother getting insulted in her in-laws house. Bondita replies never. Sampoorna asks her how she will bear it then. She says that she will be forced to step behind her mother when she will leave the mansion and asks Bondita if she wants to live with her head down. Bondita says that she doesn’t want that and decides not to tell anyone about what Devoleena did. Sampoorna asks her to promise. Bondita promises her. The two hug. Sampoorna thinks that Bondita easily got convinced by her proving that she loves her more than Trilochan.

Bondita wants to tell him about Devoleena but remembers Sampoorna’s words. Anirudh insists for Bondita to reveal the reason of her sadness. Bondita replies that she is missing her mother a lot and asks when she will be back. Anirudh asks her to sit and then says that he doesn’t know when she will be back but he is sure she will be missing her daughter a lot and will come soon to meet her. Bondita sheds tears but then recomposes and asks her to help with homework. Anirudh helps her with homework. Bondita cries while doing homework. Anirudh gestures her to smile. They laugh. Then he tells her the story to write. They do the rest of homework laughing.

The next morning, Trilochan asks Bihari why Sampoorna’s parents haven’t left yet and orders him to pack their stuff. Bihari packs their stuff. Devoleena asks where he is taking the stuff. Trilochan says that he is putting their stuff in car so that they can go to the village. Devoleena cries complaining about him throwing them out.

Everyone gathers there. Devoleena tells Sampoorna that they are leaving after getting insulted. She says that she has no respect in the mansion so none will give them respect. Sundaram starts melodrama too. Binoy stops them and says that none will insult them and they can stay in the mansion as much as they want. Trilochan asks them what they will do in her daughter’s in-laws as they must have work to do in the village. Binoy says that he found a job: Sundaram will take Munshi’s place. 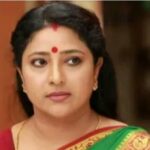 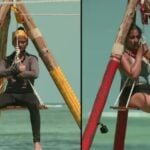 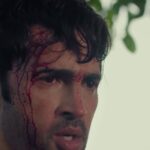