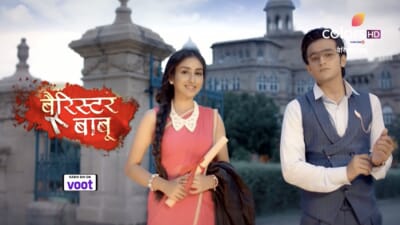 The episode starts with Sampurna telling Anirudh why can’t he marry Vaijayanthi when she is really understanding. She has all the qualities to be his wife. Trilochan says Anirudh can share his thoughts to them atleast. He reminds Anirudh of the promise he made to Bondita while dropping her off in London.

Bondita said she will choose the groom for herself whether it’s Anirudh or someone else. So Anirudh is waiting for her decision. Anirudh says he cut ties with her then why will he wait for her. Trilochan says then what’s the reason of your refusal. Anirudh replies I dont know why I don’t want to marry Vaijayanthi. Trilochan says Bondita is their enemy and Anirudh can’t marry her. Anirudh stays quiet.

Bondita says Vaijayanthi’s questions will make Anirudh realise his feelings for her. Bondita notices Tupur pouring kerosene on herself. Bondita breaks the door and stops Tupur from committing suicide. She says she will help Tupur the latter should not lose hope. Tupur says to Bondita if you want to help me, then marry my husband and give him child. Bondita is left shocked to hear that.

Binoy self talks and Anirudh tells him to take rest. Anirudh says wish I could ask you how will I make things right. Binoy murmurs Anirudh only listens to his heart. Anirudh says his old self died long time ago. Thakuma acts like she is shocked and she asks Tupur why are you forcing Bondita. Tupur says Bondita left the mandap years ago, for her fault Tupur suffered and lost her parents too. Then why can’t Bondita help her now. Tupur pleads before Bondita to accept her proposal.

Bondita cries and says she can die for Tupur but can’t marry Chandrachur. Bondita tells Chandrachur that he is like brother to her, she can’t support one evil custom. Bondita leaves. Chandrachur gets irked. Later he loses his calm saying he will marry Bondita anyhow. He says Bondita is still looking for Anirudh and meeting him secretly so it’s the right time to teach both of them lesson.

Anirudh hears some sound from the sword competitors’ room. He goes to check where Krishna Nagar spies are attacking the Tulsipur sword fighters. Anirudh chases them but they ran off. Anirudh notices one Krishna Nagar spy is a girl. He wonders who she is. Anirudh and Trilochan call doctor to treat their injured fighters. Chandrachur laughs after executing his plan successfully. He says Anirudh will surely suspect Bondita and his conception of an innocent Bondita will go away.

Anirudh finds Bondita’s bracelet and Trilochan gets furious. He says to Anirudh I told you beforehand Bondita has become our enemy and she wants to harm you. Anirudh says there must be some misunderstanding and someone is trying to frame Bondita. Trilochan says he doesn’t think so. Somnath informs Anirudh that the fighters are severely injured and they will be able to participate in the competition or not he is doubtful about that. Somnath says one of the fighters died too.

Anirudh picks the yellow rose and Bondita gets happy thinking Anirudh still likes her. But Anirudh throws away the yellow rose and picks the red one. He recalls Trilochan’s words that he can’t think about Bondita else Tulsipur people will question him. Anirudh recalls Thakuma’s betrayal and Binoy’s condition. Bondita gets heartbroken and takes the red rose from him. She says means your answer is yes. Anirudh leaves the room.