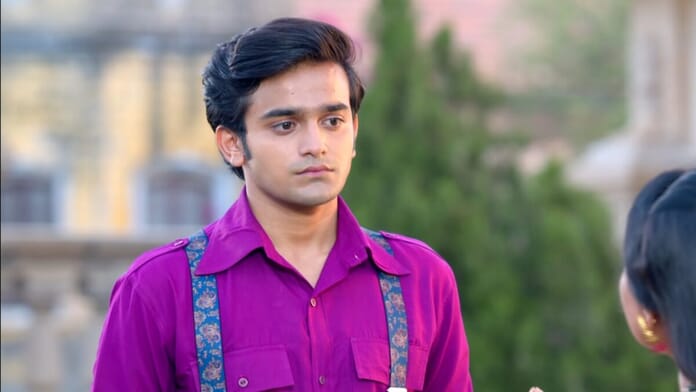 Colors TV popular show Barrister Babu has always kept its audience gripped to their seat with its engaging yet progressive storyline. Earlier it’s seen that, Anirudh and Bondita supported Kalindi hearing her story while Kalindi took promise from Bondita.

Now it will be seen that Anirudh will understand Kalindi’s real intentions but Bondita will support her blindly.
Previously we have seen that, Kalindi revealed that her marriage was fixed with Trilochan but was stopped by Trilochan’s father. She revealed that she saved a critically ill Trilochan using her remedies before marriage.

Trilochan’s father stated it to be a reason for breaking the marriage as she didn’t follow the norms of the society. Trilochan too agreed with his father’s words and didn’t marry her. Anirudh and were shocked to hear it and supported Kalindi. They asked Trilochan to apologize to Kalindi.

Trilochan refused to budge and Bondita decided to not return to Roychowdhury before Trilochan apologized Kalindi. Kalindi attempted suicide due to her insult but Bondita stopped her and promised to not return to Anirudh until she gets her justice.
In the future episodes we will witness, Kalindi will brainwash Bondita and will decide to use her to get her revenge.

Trilochan will apologize to Kalindi for Anirudh and Bondita, but Kalindi will not accept it even after he fell on her feet. Kalindi will demand that Trilochan touches her feet with nose in front of everyone. Anirudh will understand that Kalindi is using Bondita and will decide to inform Bondita about her decisions.

However Kalindi will manipulate Bondita and Bondita doesn’t listen to Anirudh’s words as she believes he supports Trilochan. Later, Kalindi will make a shocking announcement that she’s going to get Bondita married and she will never become Barrister Babu.

Will Bondita understand Kalindi’s true colours? Will Kalindi get Bondita married?
All these questions will be answered in the upcoming episodes.