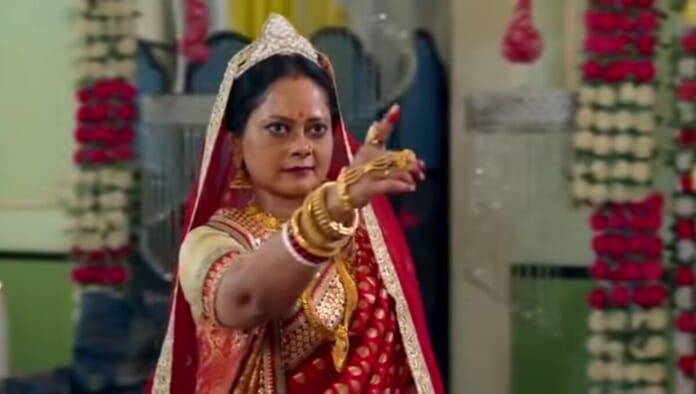 Colors TV popular show Barrister Babu has always kept its audience gripped to their seat with its engaging yet progressive storyline. Earlier it’s seen that Kalindi revealed her past with Trilochan shocking everyone.

Now it will be seen that Anirudh and Bondita will support Kalindi hearing her story while Kalindi will take promise from Bondita.
Previously we have seen that, Anirudh and Trilochan were excitedly waiting for Bondita to come back home. Palanquin came with only Rupa’s stuff and Anirudh got shocked seeing it. Kalindi taunted Anirudh.

She said about a secret while Trilochan got scared. Next day, Kalindi came home dressed as a bride. She revealed that Trilochan cheated her promising to marry her years back. Kalindi gave Bondita to Anirudh but in return wanted her lost rights from Trilochan.

Trilochan’s father stater it to be a reason for breaking the marriage as she didn’t follow the norms of the society. Trilochan too agreed with his father’s words and didn’t marry her. Anirudh and Bondita will be shocked to heart it and will support Kalindi. They will ask Trilochan to apologize to Kalindi.

Is this Kalindi’s plan to change Bondita’s heart? Is Trilochan really the only one at fault?
All these questions will be answered in the upcoming episodes.
To know what will happen next in your favourite show Barrister Babu, stay tuned to this space. 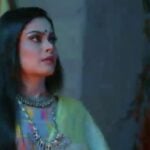 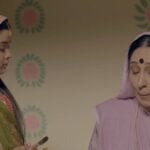 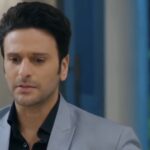