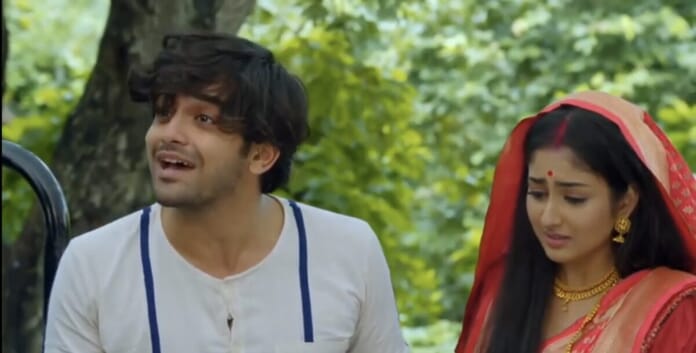 Colors TV show Barrister Babu finally has Bonditta fighting her first case as a Barrister to save her husband Anirudh who is the suspect for Chandrachur’s murder. Anirudh tried to save Tapur from Chandrachur’s evil intentions and killed him in the fight. Bonditta convinced Tapur to be brave and speak the truth in court. Government lawyer is bent on proving girls are not worthy to stand and fight by the side of men. Will Bonditta win this case to save Anirudh and his views about equality.

Chandrachur tells Bonditta only he can save Anirudh and if she wants that she has to meet him in Calcutta Club. Chandrachur threatens Bonditta if she tries to call police he will get Anirudh killed as his men are all around keeping eyes on him. Police cames and takes Aniruddh with them. Bonditta hugs Anirudh beore leaving as rishta tera mera plays in BM. Bonditta comes to the club and got a message from the waiter. Chandrachur told Bonditta to wear the dress in red box and wait for him.