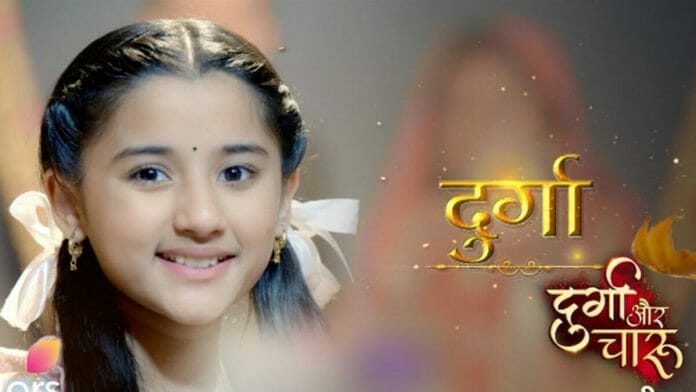 Shashi Sumeet’s Durga aur Charu all set to hit the screen soon. Show is starring Aurra Bhatnagar who was lead in Barrister Babu. In the upcoming sequel of the show Aurra is all set to stun her fans as Durga.

Barrister Babu was top rated colors show. It managed to hold the audience with its storyline on child marriage and suffering of a widow.

Aurra Bhatnagar played the character of child Bondita. Anchal Sahu made her entry as grown up Bondita later. Pravisht Mishra and Aurra earned the separate fan base.

In Durga and Charu, Aura is all set to play a daughter of Anirudh and Bondita. Show is also featuring Vaishnavi Prajapati. She will play Charu in the show.

Bondita gave birth to twins Durga and Charu. In the sequel story will open up from where the first season ended. Durga and Charu will be seen growing up in separately and in different surroundings. What will happen when both the sisters will come face to face?

The promos of the show are getting positive response from the fans as their favorite Aurra is returning back. See what more fans have to say on Aura’s return.

Well show fans are excited for the sequel. But it is evident, sequels sometimes fail miserably in creating the same spark as the original.

In the past right from Saath Nibhana Saathiya, Sasural Simar Ka, Kuch Rang Pyaar Ke Aise Bhi, Pratigya to few other popular show returned back to the screen with its sequel. But they all failed to give watch worthy content to its audience. As a result all shut its curtain after running maximum 6 months.

Barrister Babu was a hit series. Durga Aur Charu will be able to break the record of its original series? Time will only tell.

Share with us if you all are excited for Durga Aur Charu.