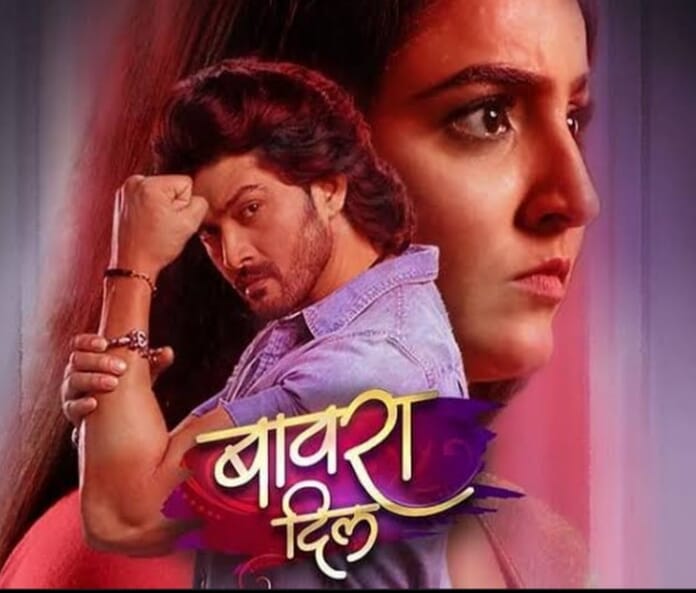 The episode starts with Siddhi receiving Narpat’s call. Narpat tells her she witnessed how Shiva beat an innocent person like Kiran. They should use this incident against Shiva to defeat him. Siddhi doesn’t answer and looks here and there.

Shiva prepares for a festival and Sarkar teases him saying Narpat’s father used to win the competition every year by bringing out the coconut from the water. But the day Shiva won, Akkabai got the powerful position in Rudrait and this year also Shiva should win as election is near. Siddhi tells Sonal to open the door but Sonal decides to consume poison. Siddhi says her marriage with Sarkar won’t happen she should not worry but Sonal doesnt open the door. Siddhi pleads and tries to break the door. She sneaks into Sonal’s room and stops her from committing suicide. Sonal loses her cool.

Sarkar says after winning the election Akkabai will announce his relationship with Sonal. Shiva gets furious hearing that. Bhave asks how can Shiva approve this marriage when he knows what kind of a guy Sarkar is. He wants to risk his sister’s life for Akkabai. Jalwa says he won’t look at Shiva if he does so. Shiva says to him you really think I’ll agree for this marriage. Shiva says he found a solution to stop Sonal’s marriage. He thinks of taking advantage of the Gothakori festival.

Sonal says she will cut her wrist or will jump off the roof to end her life but she can’t marry Sarkar. Siddhi tells her to relax and assures her she will stop the marriage. Sonal tells her promise me. Siddhi hugs Sonal and says she won’t let anything wrong happen to Sonal.

Priest explains Gothakori competition rules. Akkabai asks Narpat why he brought an outsider as his competitor. Narpat says theres no rule as such that you can’t choose an outsider as the competitor. Akkabai proudly declares Shiva’s name as the competitor from her side. She says this time also Shiva win. There, Shiva tells Jalwa he will demand something from Akkabai after he wins the competition. He will tell her to call off Sonal’s wedding with Sarkar. Jalwa praises his plan. Shiva says he won’t reveal his plan to Siddhi and Sonal else Akkabai will be alert and will flop his plan after getting a small hint.

Siddhi attempts to talk to Yashwant but Mangal is busy talking to him. Siddhi tells her to give the phone as she wants to talk to Yashwant but Mangal says he is busy, he can’t talk. Siddhi thinks if this marriage drama continues then Sonal will kill herself. She gets worried for her. Siddhi says she has to do something before Sonal takes any drastic step.

Sarkar zooms in Sonal’s picture and Sagar asks him why he wants to marry Sonal, he will get better girl than her. It won’t benefit him. Bhave asks Sagar are you insecure as Shiva will become Sagar’s relative? Sagar says not at all. Sarkar doesn’t pay attention to Sagar and receives a call. Narpat talks to his men and says he has to find an alternative way to make Shiva lose. He notices Siddhi and starts his acting. He says he wants to defeat Akkabai at any cost else Rudrait people will be in danger. She will torture them. Siddhi thinks she has to take Shiva’s help so that Akkabai fails to win.

Shiva comes out of water, Akkabai says he trusts him, he will win the competition for sure. Narpat comes with some men to threaten Shiva. They ask him why he beat Sonal’s teacher Kiran, Shiva says for her sister’s safety he beat him. They question Shiva’s love for his sister because he chose Sarkar for Sonal. Whole Rudrait is aware of Sarkar’s characteristics. Shiva gets furious and beats one of them. He pushes him into water. Later he warns Sarkar not to cross his limits again by using Sonal’s name. Narpat gets scared. 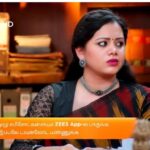 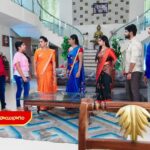 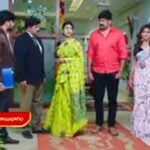 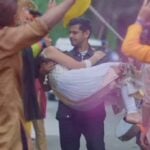