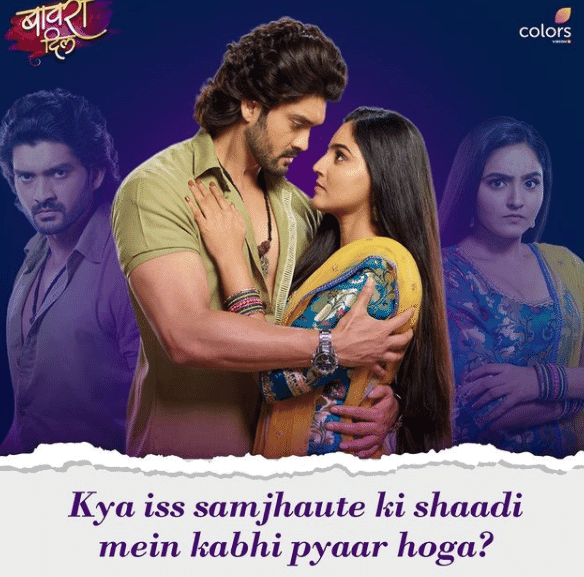 Episode starts with Siddhi thanking Vijaya for making lep for her. Siddhi says she is feeling much better now. Vijaya says home remedies are better than doctor’s medicines. Siddhi asks about Sonal and gets to know Malvika is teaching her. Siddhi thinks Malvika is doing something else.

Malvika tells Sonal to read the book and she ignores her seeing Shiva. Malvika tries to flirt with Shiva. Shiva apologises saying because of him she got distracted. Malvika gets close to him and compliments him saying he is looking very handsome in the t-shirt. Sonal tells Malvika to teach her properly, latter avoids her. Malvika spills tea on his shirt and tells him to take off his shirt. Shiva says no need he will manage. Siddhi notices them from balcony and gets jealous. She taunts Shiva saying that he must be feeling bad seeing her vision are getting better.

As he is enjoying someone’s company and she disturbed her. Shiva asks her why is she behaving this way. Siddhi says will he change his t-shirt or he will take Malvika’s help. Sonal notices that and teases Siddhi saying she is getting jealous. Shiva goes inside to change his shirt. Siddhi tells Sonal to focus on her studies. Sonal teases her asking what’s the spelling of jealous. Siddhi worries about Sonal’s study.

Siddhi gets to know Yashwant’s foot got injured and it’s bleeding. She rushes to see him. Yashwant explains its not a serious injury. Malvika tries to interfere and talks in English. Yashwant talks to her and understands her intentions are wrong especially she has eyes on Shiva. Siddhi shuts Malvika when she tells her to take Yashwant to hospital. Siddhi replies in English and tells Malvika to concentrate on her job rather than interfering in their family matters.

Yashwant finds it difficult to walk and Siddhi scolds him for being careless. She says that he can get infection because of metal. Yashwant gets scared. Sonal reveals Yashwant is scared of injections.

Yashwant says he won’t take the injection, he will get better soon. Siddhi tells him to not argue. She says noone listens to her and always does what they feel. Mangal thinks Siddhi is really too much, the way she is scolding Yashwant noone ever dared to do so. Yashwant tells Siddhi to calm down and agrees to take the injection. Everyone gets shocked to hear that. Sonal says Siddhi did wonders today. For the first time Yashwant agreed to take injection.

Yashwant tells her to not tease him. Siddhi feels guilty for scolding Yashwant and Shiva tells her to not feel bad as it’s okay to convince someone for some good reason and Siddhi is upset since morning. Mangal scolds Siddhi for talking rudely to Yashwant. She says she will take revenge of it. Later Shiva asks Siddhi what happened? Siddhi hides the matter.

Yashwant does Puja and Sonal learns that he got high fever. Yashwant says its normal, after taking injection he got fever. He tells her not to reveal about his fever to anyone. As they will get worried for him unnecessarily. Siddhi comes and asks what is he telling Sonal? Yashwant says he is just telling Sonal to study.

Siddhi apologises to him for her rudeness. Yashwant says he considers her daughter and she has right to scold him. He doesn’t touch Siddhi to hide about his fever. Sonal says Malvika is not teaching her properly. She shows more interest in Shiva. Siddhi says she will talk to the teacher and will fire her for her negligence. Sonal again teases Siddhi saying you are jealous. Siddhi says nothing like that. Later she thinks why is she feeling jealous. She also wants Shiva should stay away from Malvika.