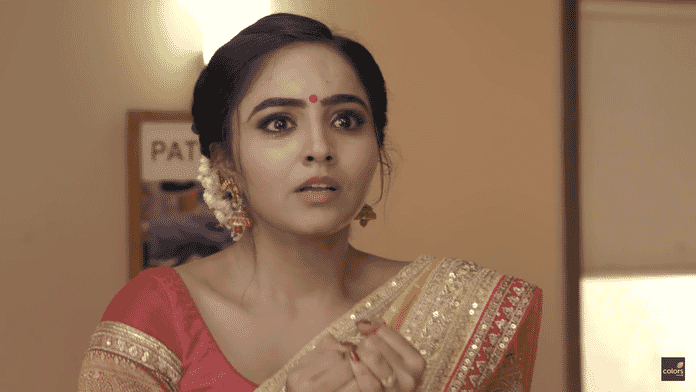 Previously its seen how Shiva ate the laddoo from Siddhi’s hand and went under water. Siddhi learned that Narpat bribed the umpire and planned to kill Shiva. Jalwa found out the competitor is a murderer. Shiva went under water and found the coconut but before he could take it the attacker stabbed him. Shiva fainted and Siddhi also jumped into the water to save him. She came out of water with Shiva and showed the coconut to Akkabai. Shiva was taken to hospital. Siddhi scolded Akkabai for being selfish and refused to give the coconut to her. Narpat ran away in fear. There Shiva’s family got worried for Shiva.

In future episodes viewers will see interesting drama. Mangal will stop Siddhi from meeting Shiva as she holds Siddhi responsible for Shiva’s condition. Siddhi will get heartbroken. There inspector will interrogate Siddhi how Shiva is in that condition? Doctor will inform inspector that heavy dose of sleeping pills have been given to Shiva that’s why he drowned in the water. Siddhi will feel guilty and she will keep requesting to meet Shiva. She will question God as to why he didn’t show her right path when she was doing wrong. Vijaya will console her. Siddhi will confront Narpat and the latter will taunt her saying she will rot in jail as Shiva’s family will start hating her after learning what she did with Shiva. Siddhi will believe Shiva will gain consciousness soon. There, Shiva’s condition will deteriorate and a guilt-ridden Siddhi will decide to make a confession.

Will Siddhi get arrested?