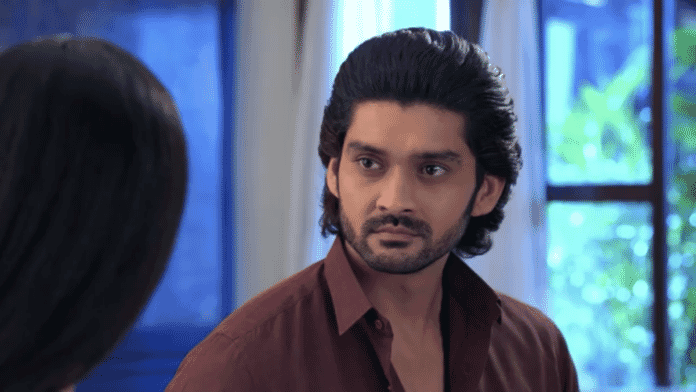 Colors TV show Bawara Dil is entertaining the audience with its intriguing storyline. Currently, Siddhi and Shiva are dealing with their inner conflicts and not realising their true feelings for each other owing to several past mistakes. Shiva’s slave like attitude angers Siddhi as she is a headstrong girl. In recent episodes Siddhi will buy a watch for Yashwant using the money from her savings but she will give the credits to Shiva. Slowly Siddhi started respecting Shiva. Is this a sign of love? Viewers would love to see their amazing chemistry in upcoming episodes.

Previously its seen how Sarkar instigated Akkabai against Shiva. He told her to doubt Shiva’s obedience. There Shiva misunderstood Kiran and kicked him out of his house. Siddhi felt disgusted and she challenged Shiva that tuition will continue and she will ensure that. Later Shiva proved Sarkar wrong and won Akkabai’s trust again. Ahead, Shiva apologised to Kiran and requested him to teach Sonal. Siddhi got surprised to know that. Yashwant told Shiva that he is not going so the latter should attend the Gondhal function on behalf of him. Shiva refused saying he has party’s work. There Sarkar successfully convinced Akkabai and the latter helped him in executing his evil plan. On the other hand, Shiva earned money by doing holy work to gift a watch to Yashwant.

In future episodes viewers will see interesting drama. Siddhi will buy a watch for Yashwant and will give the credit to Shiva as he worked hard in temple to earn money. Afterwards Shiva will thank Siddhi. She will get teary seeing his injury. Ahead she will request Shiva to attend the function as Sarkar might plan something to trouble Sonal. Siddhi and Sonal will dance together in the function. Shiva’s presence will make Siddhi happy. There Sarkar’s evil eyes will be on Sonal. He will try to harass her again in a locked room. Sonal will scream for help.

Will Siddhi teach lesson to Sarkar?

Will Sarkar succeed in his plan?