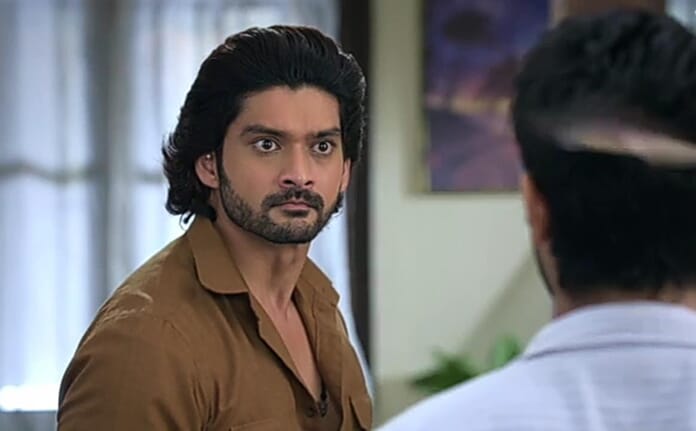 Colors TV show Bawara Dil has been dealing with lots of issues along with the complicated relationship of Shiva and Siddhi. The dirty politics of Agga Bai and Narpat are hinting at the inhumanity due to which one’s life can also be at stake. The blame game of these two politicians will affect Siddhi and Shiva’s life in which way only time will tell.

Previously its seen how Yashwant kicked out Sarkar from house. Siddhi also told Shiva to speak up against Sarkar. Sarkar told Akkabai that he wants to marry Sonal. There Malini invited Shiva’s family for a festival. Mangal told Siddhi to show her marksheet to Malini despite knowing Shiva burnt it. Shiva showed the duplicate one to Malini.
Siddhi covered up the matter saying she only brought duplicate one for future safety. Later Shiva tied bandage on Siddhi’s wound. They shared a romantic moment. Siddhi got worried thinking how will she convince Shiva to attend the festival in her house. There Sarkar planned something big to marry Sonal.

In future episodes viewers will see interesting drama. Sarkar will instigate Akkabai against Shiva. He will tell her to doubt Shiva’s obedience. There Sonal and Kiran will pick up a pen from floor and Shiva will take it in wrong sense. He will insult Kiran and will tell him to get out.
Siddhi will feel disgusted and she will challenge Shiva that tuition will continue and she will ensure that. Later Shiva will prove Sarkar wrong and will win Akkabai’s trust again. Ahead, Shiva will apologise to Kiran and will request him to teach Sonal. Siddhi will get surprised to know that.

What is Sarkar’s next plan?