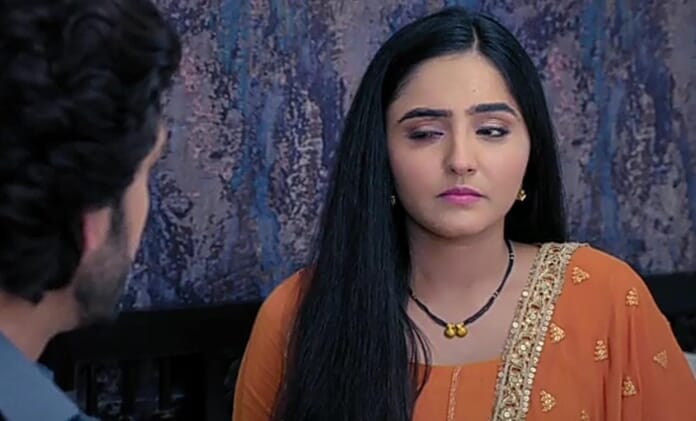 The blame game of these two politicians will affect Siddhi and Shiva’s life in which way only time will tell. Recently Siddhi took the responsibility of teaching Sonal. But because of Mangal’s drama she refused to teach her.

Previously its seen how Sagar confessed what he did in front of Akka Bai. She threatened him to not repeat such type of mistake again. Later Sarkar got impressed and offered job to Sagar.

Other side Mangal questioned Siddhi’s principles saying why her brother didnt get punished even after committing a crime. Siddhi got ready to accept the punishment on behalf of Sagar. She told Mangal to hit her. Mangal became ready to punish her. But she didn’t for some reason. Afterwards Shiva apologised to Siddhi for Mangal’s behaviour and he told Siddhi to go back to study leaving the household works.

Shiva hired a new teacher named Malvika for Sonal who was seen more conscious about her looks. Malvika showed interest in Shiva which angered Siddhi. Malvika told Shiva that she wants to see his hotel.

Siddhi taunted Shiva saying he might be excited to meet the new teacher. She broke Shiva’s goggles too. Shiva wondered why Siddhi got angry without any reason. Afterwards Mangal planned something sinister to trouble Siddhi. She replaced Siddhi’s eye drops with chilli mixture so that Siddhi fails to study.

In future episodes viewers will see a lot of interesting drama. Shiva will use the eye drop and Siddhi will scream out of severe eye pain. Shiva will rush Siddhi to hospital unaware of Mangal’s act.

Later Shiva will take care of Siddhi by applying lep on her eyes. Shiva will also try to read books for helping Siddhi as she is not able to open her eyes. They will share a good laugh when Shiva will pronounce the french words wrongly.

Will Mangal get caught for her sinister act?

Will Siddhi develop feelings for Shiva?