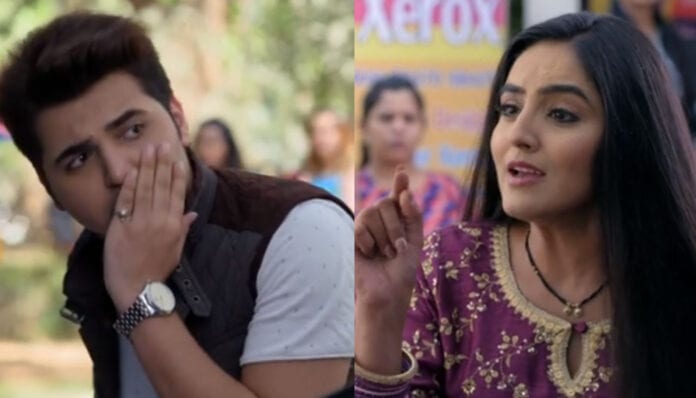 Previously its seen how Shiva and Siddhi performed Gudi Padwa ritual together and Yashwant blessed them. Mangal got irritated seeing Yashwant giving preference to Siddhi. Siddhi fed neem to Shiva according to the ritual. Shiva taunted Siddhi. Yashwant later had lunch with the family but before leaving he paid for the lunch as usual. Siddhi stopped him saying he should not do this formality on this special occasion. Yashwant took back the money and Shiva got emotional seeing that. Later Siddhi said to Shiva that she can go to university alone. But Yashwant scolded Shiva saying he should accompany Siddhi.

In the forthcoming episodes viewers will witness alot of drama as Siddhi will vent out her frustration on Vinay. She will slap Vinay in the university in front of all. Siddhi will say that Vinay is no less than a enemy for her as his one wrong step ruined Siddhi’s life. She had to marry a person whom she hates the most. Vinay will feel guilty. Shiva will look at them. Siddhi will look at Shiva angrily.

Will Vinay reveal that Narpat is the culprit?

Will Shiva and Siddhi blame each other?