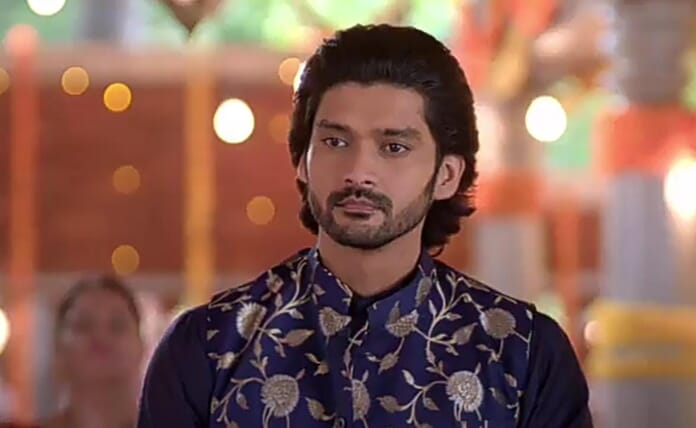 Colors TV show Bawara Dil has been dealing with lots of issues along with the complicated relationship of Shiva and Siddhi. The dirty politics of Agga Bai and Narpat are hinting at the inhumanity due to which one’s life can also be at stake. The blame game of these two politicians will affect Siddhi and Shiva’s life in which way only time will tell.

Previously its seen how Shiva showed the duplicate marksheet to Malini. Siddhi covered up the matter saying she only brought duplicate one for future safety. Siddhi got worried thinking how will she convince Shiva to attend the Gondhal festival in her house. There Sarkar planned something big to marry Sonal.
Sarkar instigated Akkabai against Shiva. He told her to doubt Shiva’s obedience. There Sonal and Kiran picked up a pen from floor and Shiva took it in wrong sense. He insulted Kiran and told him to get out. Siddhi felt disgusted and she challenged Shiva that tuition will continue and she will ensure that.

Later Shiva proved Sarkar wrong and won Akkabai’s trust again. Ahead, Shiva apologised to Kiran and requested him to teach Sonal. Siddhi got surprised to know that.

In future episodes viewers will see interesting drama. Siddhi will try to convince Shiva to visit Gondhal function in her house but latter will refuse. Later she will ask Yashwant to pursue Shiva for the same. Yashwant will tell Shiva that he is not going so the latter should attend on behalf of him.
Shiva will finally agree. Siddhi and Sonal will dance together. Siddhi will get happy to see Shiva there. Shiva will also get delighted. There, Sarkar’s evil eyes will be on Sonal. Later he will try to harass her again in a locked room. Sonal will scram for help.

Will Sarkar will get beaten by Shiva again?