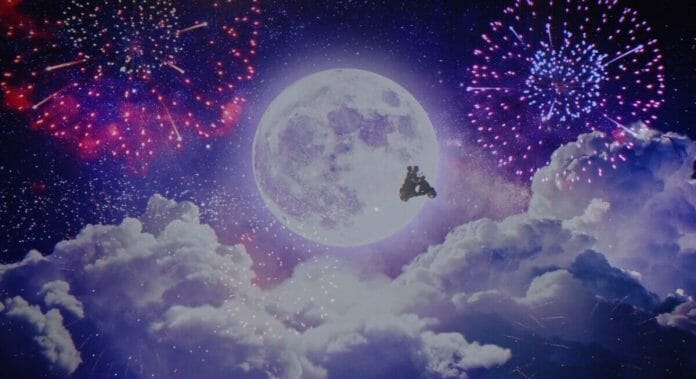 The episode starts with Manager Kim Jung Don rushing to meet Cho Yeo Jeong the celebrity to whom he’s working for. He reaches the set before the reporter could meet Yeo Jeong. He instructs her what to speak before starting the interview. Yeo Jeong makes a big revelation that she’s considered to be a part of a foreign film. Jung don signals her not to say it but it slipped her tongue. Just then he gets a message that they are planning to cast a much younger person for the role Yeo Jeong and so she got rejected. He comes back to his company Method Entertainment unable to reveal the truth to Yeo Jeong. Chun Jae In is instructing her subordinate regarding works who’s really late a t picking the environment. Ma Tae Oh is the General Director of Method Entertainment. A girl named So Hyun Joo comes to meet him and surprisingly he allows her to meet too. They seem to have a secret relationship which is yet to be revealed. She gives her resume to Ma Tae oh as she wishes to join the firm as a Celebrity Manager. She asks for his connection but he’s completely against it and so turn down her request.

The Method Entertainment people have a meeting with their President Wang Tae Ja who’s about to go for a vacation after the meeting. Everyone reports their works and President is satisfied with Chun Jae In’s works. Chun Jae In and Ma Tae Oh have some internal rivalry over script reading. Wang Tae asks about Yeo Jeong’s foreign project who says that she was removed from the project because of her age. Wang Tae is upset that she has lost many films and ads due to the project and also is training hard for the role. He asks him to not reveal the real reason to Yeo Jeong as the celebrities are very sensitive. He’s satisfied with Ma Tae Oh’s work. Chun’s subordinate makes wrong statement not considering the rough environment and got scolded by Chun. She starts crying and angrily quits the job due to her rude behavior. Chun asks her not to but she doesn’t listen. Wang Tae asks Jung Don to handle the issue carefully and leaves for his vacation. Chun is upset with the sudden quitting of her subordinate and So Hyun Joo makes use of the situation. She forwards her resume for the vacancy and Chun hires her seeing her qualification. Hyun Joo hides from Ma Tae Oh’s view.

Chun introduces Hyun Joo to her other subordinates asking them to train her. Yeo Jeong keeps calling Jung Don but he avoids her call unable to face her. Jin Hyeok makes the mess deeper. Later, Jin Hyeok shows the oofice around So Hyun Joo and also explains about the employees to her. He then gets a call saying that Yeo Jeong is in the office. He alerts Jung Don about it who escapes from het sight. He leave for lunch with Kang Hee Sun who’s interested in him. Yeo Jeon meets with Jin Hyeok who lies that Jung Don is out the whole day. She gets on the lift with Su Hyun Joo who by mistake blurts out the truth regarding the film. Yeo Jeong acts strong in front of her but leaves to have a walk on road to clear her mind. Yoo Eun soo witnesses Hyun Joo acting close with Tae Oh, who’s actually angry that she joined the firm. He asks her to return to Busan while Eun Soo misunderstands their relationship. In restaurant, Jung Don paid least attention to He Sun who’s happily saying about her first project. Yeo Jeong sees them and comes to them. She reveals that she knew the truth and also announces her retirement shocking Jung Don. He pleads her to listen to him but she doesn’t.

Chun asks Hyun Joo to have a peak at Eun Hee’s script which Ma Tae Oh has. Hyun Joo tries to get it from Eun Soo clearing the misunderstanding saying that she has a boyfriend. Ma Tae Oh arranges for a meeting with the agency head Amy who’s representing the foreign film. Jung don and Chun are drinking in a bar as Yeo Jeong doesn’t pick up the calls. Ma Tae Oh meets with Amy and offers to get her permission to shoot in the city and in return he asks her to cast Yeo Jeong for the role which they backed off. Yeo Jeong as a meeting with Amy and Ma Tae Oh while Jung Don feels bad. Amy suggrests her to get plastic surgery done to retain the role. Ma Tae Oh convinces her to take up the surgery spinning fake stories.

Ma Tae Oh reveals that he’s going to start his own firm with Yeo Jeong as the main star. Jung Don calls it betrayal and Ma Tae Oh reveals to Chun that it was Hyun Joo who revealed the truth to Yeo Jeong. She immediately fires her despite her pleas. Jung Don goes to horse riding place only to finf Yeo Jeong riding in toy horse. They both bicker and makeup. He drops at the procedure place but Yeo Jeong changes her mind in the last minute. On the other hand So Hyun Joo steals the script asked by Chun and gets re employed. Ma Tae Oh is furious as both the script and Yeo Jeong is gone from his hands. Later, they all gather for meeting only to get the bad news that the President passed away during his trip.