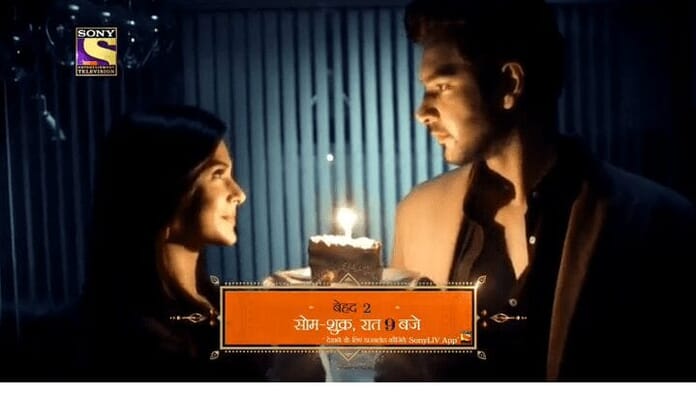 Sony SET popular series Beyhadh 2 is all set for a major turning point in their show. Earlier it’s seen thatRudra and Maya kissed and both of them were taken aback since they hadn’t realized their love for each other. When Maya was home alone, Ankit kidnapped her and locked her in the trunk of his car informing MJ that “his gift” is ready.

However MJ has been left waiting since Maya managed to escape. Ankit also pushed Maya into dirt and she was seen screaming for help. Thankfully a transgender came to rescue Maya and beat Ankit. On the other hand Rudra asked Ananya to marry him and she happily accepted his proposal.

In the upcoming episodes MJ will be seen praying in front of Mata Rani’s idol and asking her to keep her blessings upon Rishi since a girl is behind his son. Maya will be seen taking a shower and cleaning all the dirt that had soiled her body after Ankit pushed her in the dirty water and later will tell Rishi that the time of telling everybody about their relationship has arrived.

Rishi will talk to MJ about Maya and tell him how much he loves her and also that he wants to marry her. MJ will ask him if she is the same girl who saved his life on the Visharjhan day and he will also ask him questions like where she is from, where she lives, what she does and finally what’s her name.

Will MJ get to know that Rishi’s girlfriend is none other than Maya who is back to take revenge from him? Does Maya really want MJ to know about her?

All these questions will be answered in the upcoming episode. To know more about your favorite show Beyhadh 2, keep watching the serial and stay tuned to this space for daily updates.