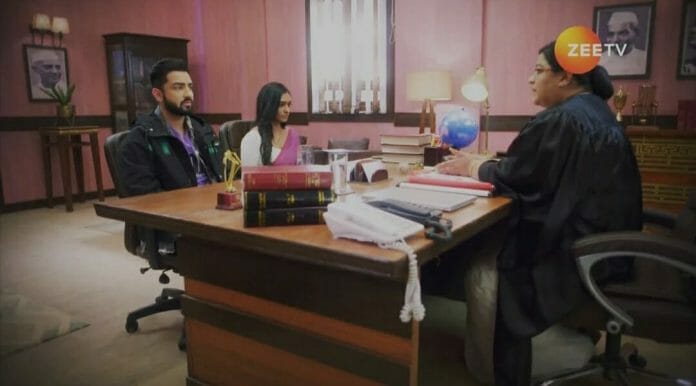 Zee TV popular show Bhagya Lakshmi is attracting viewers with an interesting storyline. Currently, Malishka plays victim card in front of Lakshmi has glued the audience to the screens.

As reported earlier Ayush sees that Rishi and Lakshmi are upset and encourages them. Ayush says they can say no to the divorce then this matter will be over. Rishi cries over hurting Lakshmi. Rishi blames himself for hurting Lakshmi. Dadi gives a flower to Lakshmi and Rishi saying it is Babaji’s blessing.

In the upcoming episode, viewers are going to witness while leaving Neelam reminds Rishi about the promise which he has made to her. Dadi tells Lakshmi that she has a flower of blessings that will give her strength to speak the truth I.e she loves Rishi. The judge questions Rishi and Lakshmi about what are they going to choose?

Rishi says they are choosing divorce. Lakshmi stays silent. Rishi and Lakshmi look at each other. Later Virendra asks the judge, what they decided? Judge says I approved their decision. Neelam asks if divorce is done or not.

Is it the end of Rishmi’s marriage? Can Rishi prove his innocence?
All these questions will be answered in the upcoming episodes.