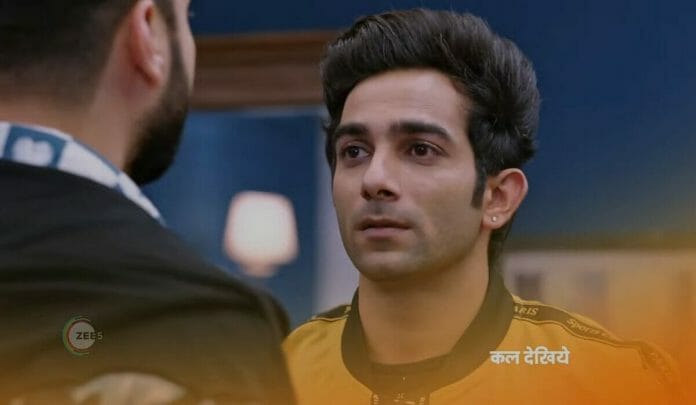 Zee TV popular show Bhagya Lakshmi is attracting viewers with an interesting storyline. Currently, Malishka dreams about killing Lakshmi have glued the audience to the screens.

Dadi asks Rishi what happened to Lakshmi. Rishi says he will tell later. Ayush sees Lakshmi in the mansion and feels relieved and calls Shalu to tell Lakshmi is safe and sound. Rishi asks Ayush what happened. Ayush says to Rishi that Malishka has been kidnapped and Lakshmi is suspected in Malishka’s kidnapping.

Kiran makes up a reason and says Lakshmi is the prime suspect in Malishka’s kidnapping and says she will not take back the complaint. Rishi hearing this leaves from there in anger. Kiran thinks her plan might backfire against herself.

In the upcoming episode, viewers are going to witness Lakshmi will say to Rishi who else would have saved me if not you, you are my life partner and will protect me all my life. She hugs him. Malishka thinks she won’t let her plan fail. Ayush will tell Rishi and Lakshmi that this kidnapping might be Malishka’s plan.

Rishi tells Ayush that he will not look at Malishka again if it’s her conspiracy. Kiran calls Malishka and asks her to end her drama. Malishka asks her what happened. Kiran says Rishi went out of your hands.