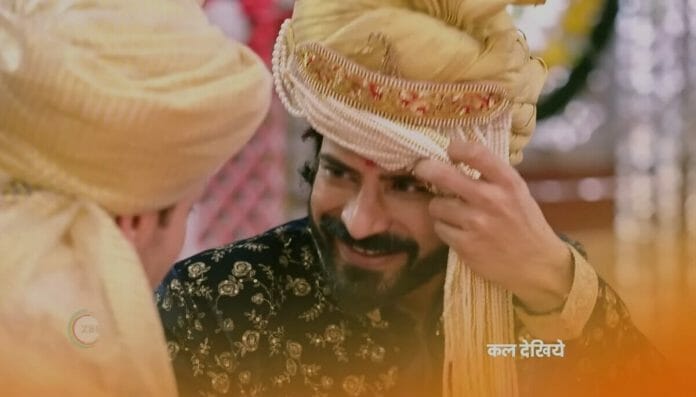 Rano apologises to the Oberoi’s for the misunderstanding and invites them inside. Ayush disguises himself as a makeup artist and comes to Lakshmi’s room. Ayush says to Lakshmi he came to take her away but Lakshmi doesn’t agree to leave with him.

Ayush knocks Lakshmi out using chloroform spray. Rano enters the room. Ayush, Shalu and Bani try to cover up that Lakshmi is unconscious by acting as if Ayush is doing to make up for Lakshmi.

In the upcoming episode, viewers are going to witness Shalu will scold Ayush for his idea. Karishma will tell Kiran that now no hurdle will come between Rishi and Malishka’s marriage. Bani and Ayush take the unconscious Lakshmi outside.

Bani says Shalu is alone inside. Ayush says Shalu is clever and will manage. Rano and Chachi bring the bride to the mandap. Balwinder thinks Lakshmi is looking beautiful in the veil and he exchanges garland with her. Virendra and Dadi feel unhappy.

Will Lakshmi be able to be successful in her plan? Will Rishi save Lakshmi?
All these questions will be answered in the upcoming episodes.