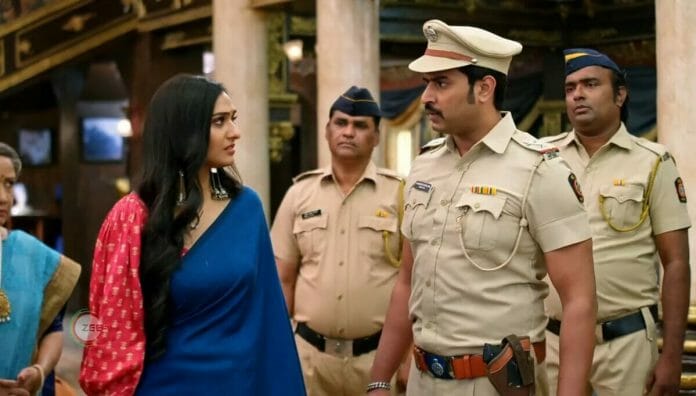 Zee TV popular show Bhagya Lakshmi is attracting viewers with an interesting storyline where Kiran accuses Lakshmi of kidnapping Malishka has glued the audience to the screens.

As reported earlier Lakshmi feels guilty and conveys to Shalu that she did some mistake. Shalu consoles Lakshmi and requests her to tell her what happened. Kiran comes to Oberoi mansion and shouts Lakshmi’s name. Lakshmi drops the phone in shock and goes downstairs.

Kiran raises her hand to slap Lakshmi. Dadi stops her and reminds her that Lakshmi is their daughter in law. Abhay says we respect you that’s why we came here first otherwise we may go to the police station to complain against her. Kiran asks Lakshmi to tell them where is Malishka.

Lakshmi in tears says she didn’t kidnap anyone and leaves. Lakshmi recalls how she went to help Ayush who hit someone in the night and he took a promise from her to not inform anyone about the incident and she decides to not break her promise to Ayush.

In the upcoming episode, viewers are going to witness Dadi will tell Kiran that nothing wrong will happen with Malishka and I will not let anything wrong happen with Lakshmi. Kiran says I am sorry Neelam but we have to call Police.

Shalu says to Lakshmi what if Police come here. Dadi says to Kiran if Lakshmi is proven innocent then she will ask everyone for answers who degraded their family’s reputation. Inspector arrests Lakshmi.

Who kidnapped Malishka? Will Lakshmi be able to prove her innocence?
All these questions will be answered in the upcoming episodes.