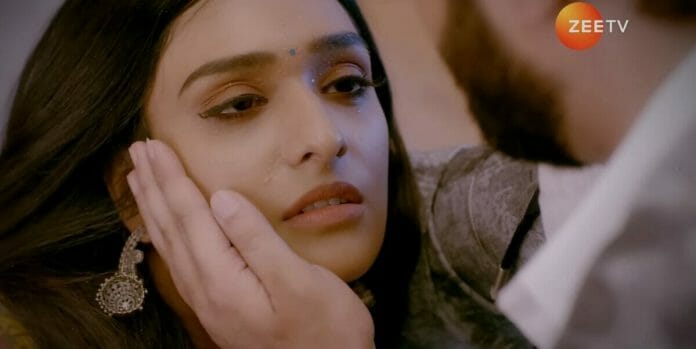 Zee TV popular show Bhagya Lakshmi is attracting viewers with an interesting storyline Neelam and Karishma conspire against Lakshmi have glued the audience to the screens.

As reported earlier Karishma scolds Ahana. Ahana is adamant to wear the saree brought by Lakshmi. Lakshmi says you want to learn from me so learn that you can’t behave with elders in this way and you have your way and become like you not like others.

Ahana says she wants to learn simplicity from her. Karishma asks her to cut the crap and follow Malishka if you want as she has class and personality.

Ayush comes there and says inner beauty is important not outer beauty. Karishma leaves in anger and complains to Neelam. They spoil a portion of the prasad prepared by Lakshmi by adding garlic.

In the upcoming episode, viewers going to witness Balwinder will connect current wires to the Kalash pot. Malishka will tell Balwinder that once she gets Rishi, he can’t think how much money she will give him. Dadi will ask Rishi and Lakshmi to cut the cake.

Will Lakshmi and Rishi realize their love for each other? Will Lakshmi be able to get survived?
All these questions will be answered in the upcoming episodes.