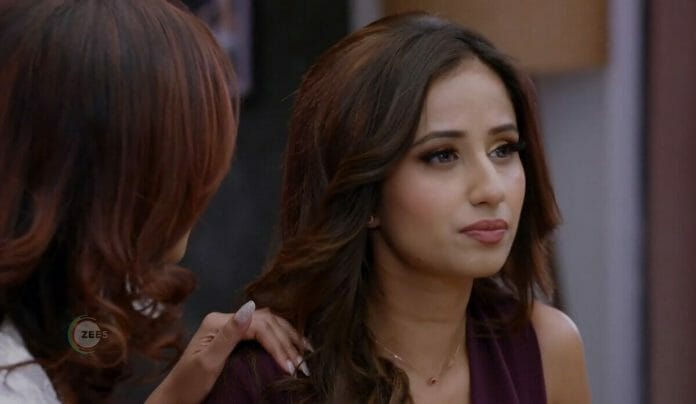 In the upcoming episode, viewers are going to witness Balwinder will tell Lakshmi that her name is written everywhere on his body. Sonal tells Malishka that she doesn’t want anyone to know about her connection with Balwinder. Devika hears and drops the juice on the floor. Shalu asks Ayush who can play a such dirty game.

Ayush says Malishka. Rishi says today Balwinder will not be saved. He assures Lakshmi that he will teach him a lesson. Someone gives a knife to Balwinder’s hand. Lakshmi gets shocked seeing it.

Is it the end of Rishmi’s marriage? Will Ayush be able to prove Malishka’s crimes?
All these questions will be answered in the upcoming episodes.