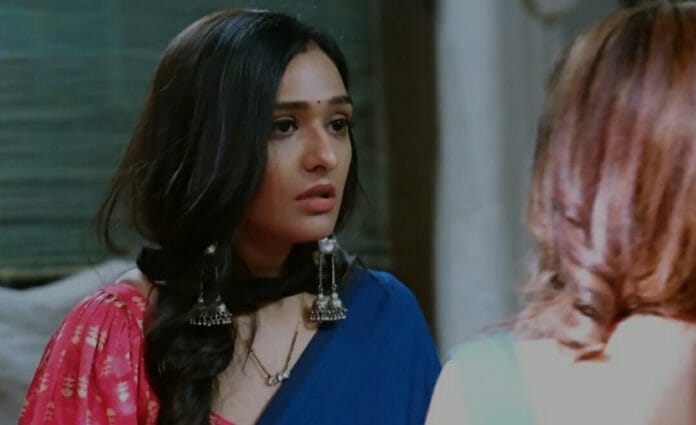 Zee TV popular show Bhagya Lakshmi is attracting viewers with an interesting storyline. Currently, Malishka tries to kill Balwinder have glued the audience to the screens.

As reported earlier Lakshmi says to the family how she escaped from the kidnappers. Guddu’s car is shown to be stopped as the car’s battery is down. Balwinder gets down to check it. Lakshmi takes the chance to escape from them. Lakshmi falls on the ground and becomes unconscious while escaping.

Rishi continues from there saying he saved Lakshmi and brought her here. Rishi shares his suspicion with Ayush and Lakshmi that Balwinder might be the one who tries to kidnap Lakshmi. Ayush doesn’t get convinced as Balwinder couldn’t steal Lakshmi’s earrings put it there.

Ayush shares his theory with Lakshmi and Rishi saying Malishka might have kidnapped herself as she gets the most profit if Lakshmi goes to jail. On another side, Malishka feels furious with Balwinder.

In the upcoming episode, viewers are going to witness Rishi will say to Ayush that thinking about marriage with Malishka is a long thought and says he will never even see her again if it’s her conspiracy. Malishka tells Kiran on call that she will never go to jail.

She says she will not let Lakshmi win. Malishka thinks Lakshmi may not get any evidence. Kiran fears Malishka may get jailed. Lakshmi comes to the godown. Malishka is in a burqa and takes the weapon to kill her.