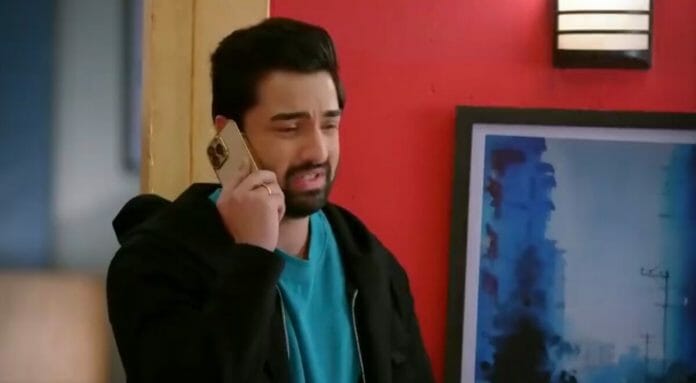 As reported earlier it’s shown, Malishka hugged Rishi and she asked Lakshmi to show engagement rings to her. Malishka choose one ring. Lakshmi said it is beautiful, all good things are not made for everyone, you can buy it, but you can’t be suitable for it as it’s not your size. Malishka wore it forcefully which hurts her finger. Kalyani took her to apply ointment. Rishi requested Lakshmi to give him chance so he can talk but she denied it then he acted like he got hurt with the ring and he made Kalyani send Lakshmi with him to client’s room. Rano and Neha treated Shalu and Bani badly and they planned to treat them like servants. Rishi requested Lakshmi to give him 5 minutes but she told him that she doesn’t trust him anymore and denied to listen his words. Malishka searched for Rishi and she calls him.

In the upcoming episode, viewers going to witness that Rishi will try to wipe Lakshmi’s tears and says I used to love Malishka and I love you too. He hugs her then Lakshmi pushes him and warns him not to touch her then she says I feel disgusted on myself for loving you someday. Later Rishi will think he has snatched Lakshmi’s smile and the light in her eyes. Malishka will call Karishma and tells that Rishi has not just care and respect for Lakshmi but something else too then Karishma asks her to do something to ruin Lakshmi’s respect so much that she doesn’t show her face to anyone and She asks her to get her arrested for the theft. Malishka will put the jewellery in Lakshmi’s purse.

Who will save Lakshmi from Malishka? Will Rishi realize his love for Lakshmi?