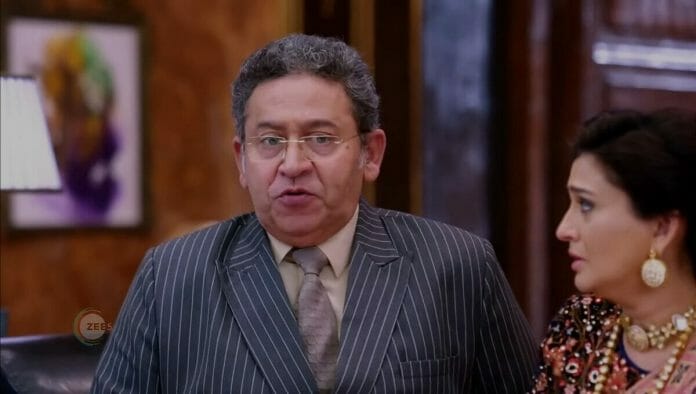 Zee TV popular show Bhagya Lakshmi is attracting viewers with an interesting storyline. Currently, Neelam slaps Rishi have glued the audience to the screens.
As reported earlier Lakshmi asks Rishi why doesn’t he marry Malishka as they both love each other. Rishi asks Lakshmi what is she talking about?

Lakshmi says she is telling the truth. She says he betrayed both her and Malishka. Sonal thinks this is the right time to send Neelam and Kiran. Sonal says to Neelam that Malishka might have regained consciousness by now. Neelam and Kiran go to Malishka’s room.

Neelam and Kiran overhear Lakshmi blaming Rishi for taking Malishka’s virtue. Neelam comes to Rishi and says to him she will talk to him later and asks Kiran to punish Rishi and says she will not say anything. Kiran questions Rishi about how can he do this and asks him why did he hide from them when they questioned him.

Neelam slaps Rishi and says she is ashamed of him.
In the upcoming episode, viewers are going to witness Neelam will tell Virendra and Dadi that Rishi has accepted that he crossed limits with Malishka.

Kiran asks Malishka why Rishi doesn’t want to marry her even after crossing all limits. Virendra will say he will not forgive Rishi and he will be punished. Sonal asks Kiran to punish Rishi to marry Malishka at the earliest.

Ayush finds Rishi sitting under the tree on the road. Shalu tells Lakshmi that there is some conspiracy behind all this.

Is it the end of Rishmi’s marriage? Will Rishi agree to marry Malishka?
All these questions will be answered in the upcoming episodes.