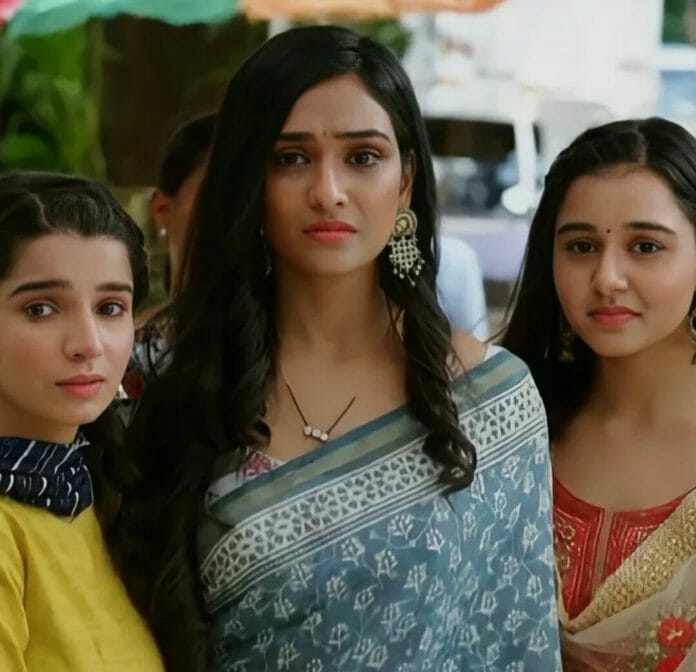 The episode starts with Lakshmi saying to the judge that there is nothing like that. Lakshmi says if she wants she can ask anyone. Lakshmi asks Virendra to say something. Virendra doesn’t know what to say. Ayush stops Virendra from talking as he thinks this is a plan of Rishi. Neelam asks Ayush what is Rishi doing. Basu goes to Rishi with the judge’s permission and asks him what is he doing. Basu says to Rishi that he is there to save Lakshmi and asks Rishi why is he doing this. Rishi says because he gave word to Lakshmi that he will get her out. Amod hearing this request the judge to punish Rishi.

Lakshmi interrupts him and says Rishi is lying. Lakshmi asks to Rishi why is he lying. Rishi says he is saying the truth. Lakshmi appeals to the judge that Rishi is lying. Rishi thinks she is creating trouble and asks Lakshmi if she really his wife. Lakshmi says yes. Rishi says then she has to listen to what he has to say. Lakshmi couldn’t go against Rishi after hearing this. Rishi takes the blame for food poisoning. The judge announces that he has saw a lot today and says as Rishi accepted the crime he will be punished but the punishment will be decided in the next hearing. The judge releases Lakshmi saying she is innocent. Ayush then understands Rishi’s plan. The judge adjourns the court.

When Rishi goes in the police car Lakshmi goes after the police car. Rishi asks Lakshmi to not come. Lakshmi still comes and falls on the road. Ahana and Shalu go to help Lakshmi. Neelam asks Virendra to take the car as they want to leave to the house. But seeing the Lakhsmi situation he hesitates but he still listens to Neelam.

Neha sees in the TV that the reporters say that Rishi has accepted that it is because they have used expired ingredients that’s why the food poisoning happened. The reporters also say Rishi is going to jail because of it. Neha calls Rano and tells her that Rishi has gone to jail. Rano hearing this gets shocked. Rano says to herself that Rishi did not do this. Neha asks Rano if she knows who did it. Rano makes up a reason and tells Neha to go away. Rano decides to tell that Balwinder is the one who mixed poison in the food as he is not giving her money.

Lakshmi cries to herself. Malishka asks Lakshmi why should she cry and says “I should cry as Rishi has gone to jail.” Malishka sees a person taking sweets. Malishka asks him for a sweet and takes a sweet from him and forcefully puts it in Lakshmi’s mouth. Malishka blames Lakshmi saying that it is because of her Rishi went to jail. Lakshmi asks Malishka if she has taken out her frustration then listen to her and says Rishi knows her love for him and says she doesn’t need to prove to others her love for Rishi.