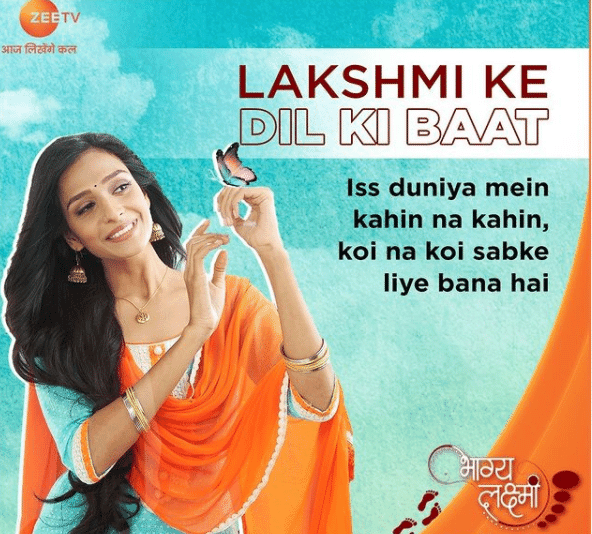 The episode starts with Abhay tells to Kiran that Lakshmi made Viraj agree for marriage and I talked with Malishka, hope she agrees. Kiran says she won’t agree. Abhay says Malishka agrees if Lakshmi talks with her. Kiran says Malishka will deny at the end moment. Abhay says you’re not smiling as you were not happy. Kiran says Malishka loves Rishi. Abhay says it is better for everyone if Malishka forget Rishi as Rishi is married and will never return in her life. Kiran asks if he wants to spoil Malishka life like he spoiled her life? She won’t leave until she gets what she needed. Abhay says you spoiled our life and I saw Malishka doing same with Rishi but glad he get Lakshmi. Kiran says what kind of father you’re that wishing bad for your daughter. Abhay says I realised Lakshmi is so good after talking with her, so it’s better if Malishka married to Viraj than Lakshmi can live happily with Rishi. Kiran asks him to wait with Viraj grandfather to know Malishka decision. Abhay prays god.

Lakshmi asks why didn’t you tell me Rishi? Malishka angrily says it is good that you came to know everything. Rishi says sorry Lakshmi, I was about to tell you as I don’t want to hide anything. Lakshmi says I was just joking and I’m happy that you’re okay with this relationship and I heard that Malishka is happy with this relation and she takes Malishka with her to hall. Viraj asks what’s thr news. Malishka asks if he talked to his Dadu. Lakshmi says Malishka is ready to marry Viraj. Everyone claps. Dadaji announces Day after tomorrow is engagement day of Malishka and Viraj and he invites everyone for Roka ceremony. Rishi and Malishka gets shocked.

Rishi returns to home angrily. Lakshmi thinks what happened to him than she asks Sudeep if Neelam and Virendra came to home. Sudeep says they returned and I gave tablets to Bauji. Lakshmi thanks him than she calls Ayush and asks if he dropped Shalu. Ayush says yes. Lakshmi asks him to drive safely whe returning to home. Ayush gets emotional. Shalu asks Lakshmi to take rest than she thanks Ayush and asks if he is fine. Ayush says fine. Shalu says I thought you got emotional. Ayush says we are lucky to get Lakshmi. Shalu tells him she likes him sometimes. Ayush says sometimes you’re good too and both says thank you at the same time and leaves.

Kiran as Malishka to talk with her but Malishka says she needs time than she recalls Rishi coudnt talk infront of Lakshmi thsn she calls Viraj and tells him that she is ready to marry him. Viraj says Lakshmi already told it. Malishka says don’t take Lakshmi name as it’s our thunder. Viraj says Lakshmi told me that Rishi made you agree. Malishka says true. Viraj says they made us agree. Malishka cuts call saying she is tired. Than she gets call from Rishi but she won’t attend it. Rishi sleeps on bed. Lakshmi thinks he is sleeping and about to remove his slippers but he wakes up and asks what’s she doing. Lakshmi says I thought you’re sleeping. Rishi asks her to not take care him as he don’t deserve it. Lakshmi says you’re my husband so I will take care of you as it’s my right so don’t stop me. Rishi goes to washroom and he listens Lakshmi words that she loves him so much.

Ayush asks Sudeep to get food than he goes to inform it to Virendra that Malishka is getting married but he notices Virendra is sleeping and he tries to wake up him but Neelam gains conscious and tells to Virendra that someone entered to their room. Neelam switches on the light and Virendra notices Ayush entering balcony. Neelam sees curtain moving and she asks sends him giving him vase. Lakshmi comes to Rishi, asks him why he looks tensed. Rishi says nothing. Lakshmi says you have to feel happy because Malishka agreed to this marriage for you.