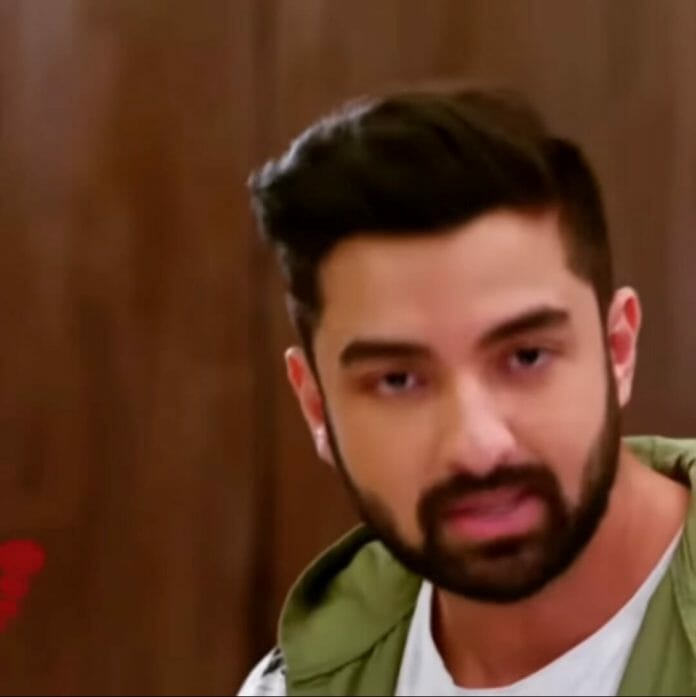 The episode starts with Lakshmi thinking of what happened and crying to herself. Rishi sees Lakshmi crying to herself I am bad. Rishi sits beside her and says to her she is not bad circumstances make a person good or bad. You are not. The way you did it might be wrong but you did the right thing. Rishi says you couldn’t even come to someone else as everyone is against you. Lakshmi says I should have come to you and tries to walk away.

Malishka comes to Neelam’s room and says to her. Aunty I know I always come to you with my problems but no one in this house can solve it. I tried to talk to Rishi but he wants to talk to Lakshmi and today he told me to keep my tone down.

Neelam says you don’t know how much troubled we are. I  feel insulted this feels like she took revenge against me all at once for what we have done by humiliating us like this. It feels like getting slapped. I can’t understand why did Balwindar come here if Lakshmi is not pregnant saying that Lakshmi is pregnant because of him. Malishka thinks she made a big mistake hiring Balwindar.

Lakshmi sees Ayush and calls him inside. Ayush takes her hand and slaps himself. Lakshmi asks what’s he doing. Ayush says you have to do it as I called you with bad names, you consider me as Dewar that’s why I got the strength to apologize to you and Ahana did mistake but family members are blaming you. He tells her he will become her protector and apologises to her.

Lakshmi says issues are common in the family. She thanks him for returning his friend and Devar. Rishi comes there and asks if their discussion is ended. He asks Lakshmi to not make Ayush like a crying person like her. Ayush says tears are his emotions. Rishi calls him to the terrace. Ayush leaves after hugging Lakshmi. Rishi leaves telling her he won’t do it. Lakshmi prays god to not to let anything bad happens to her family.

Malishka goes to meet Balwinder. He asks her to give him his money. Malishka denies. Balwinder threatens her and tells her that he needs Lakshmi. Malishka says the Rishi family won’t believe you even if told them the truth and you can’t get Lakshmi by plastering baby photos. Balwinder shows her the recording of her words. Malishka asks him to delete it and asks what he wants. Balwinder asks her for money.

Malishka says she will try and leaves from there. Rishi punches the punching bag recalling how Balwinder accused Lakshmi. Ayush asks why he is angry. Rishi says Balwinder came here to defame Lakshmi and someone from this house informed him of this info and he is going to find out who’s behind it. Ayush says they have to find out for Lakshmi. He tells the plan to Rishi to catch Balwinder.