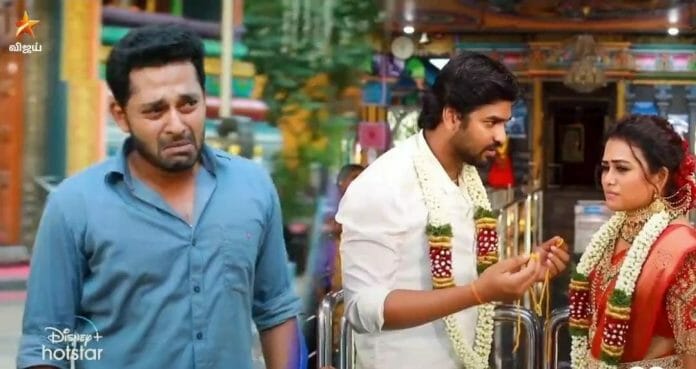 In Today’s episode we see; Soundarya lashing out at Bharathi for tried to marry Venba without thinking about his family. She complaints that Bharathi is a betrayer. Doesn’t Kannamma saved him from the Terrorist risking her life. She pleads with him to accept Kannamma for her help to him.

Even police offers requests him to accept Kannamma but he isn’t ready to do it. If Kannamma would have leave him without care on him he would have died in that bomb blast. How could he forget her help? He is alive here because of her. He is ready to live with a betrayer ignoring Kannamma’s help.

Akhil adds that he used to complaint Kannamma betrayed him. But what he did to her? Doesn’t it betrayal? He isn’t ready to believe Lakshmi and Hema are his children but he was ready to accept Venba’s child.

Family members will cut all their ties with Bharathi and leave from there. Venba will try to talk with Bharathi but he wanr her to stay from him. Rohith will ready to marry her but she turns down his request.