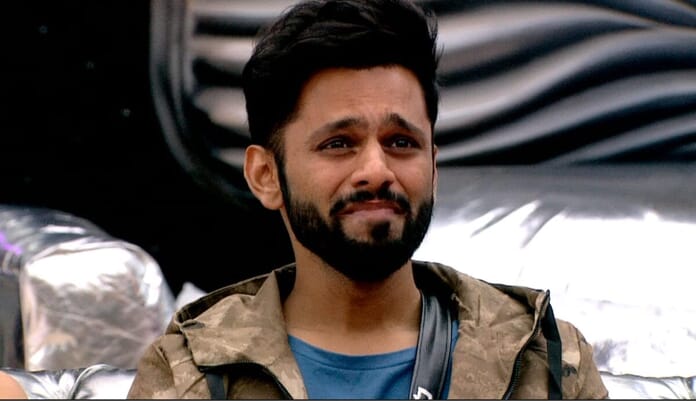 Today’s episode opens with Day 131 at 8 AM; inmates wakes up at the beat of ‘Mehbooba’ song.

10:45 AM; Rakhi asks inmates to give her any work. Aly and Rahul says Rakhi wants something thus, she is saying it. Rubina says how Rakhi has a change of heart. Vindu support Rakhi.

11:45 AM; Vindu see Rakhi doing cleaning. He says he will get AD on how to weep.

12:30 PM; Rakhi sleep and alarm ring. Rakhi says she is tired but not sleeping just resting as she has to perform a task too. She talks with BB.

Ahead, Paras tell to Rubina that she crossed 16 M tweets. Jaan tell that Rahul and Rubina only trends outside.

2PM; Paras asks Devoleena why she is here. Devo says she is here as Eijaz’s proxy. Paras asks if she is playing for herself. Devo says yes. Paras makes Devo understand she did wrong by wasting food and losing her cool. Devoleena feel guilty. Paras says BB13 was all about content.

2:15PM; Rakhi asks Paras why he got separated from Pavitra. Paras says he is not here to clear his issues about her past. Rakhi and Paras talks with each other. There, Nikki tells to inmates that her stylist and Paras’s stylist is same. Nikki says Rahul is upset with Paras. Aly says because Paras disclosed about Rubina’s trend outside.

4 PM; BB give ticket to finale news to inmates. He says Devo and Rubina will be nominated throughout. BB asks Paras to read about the task. Paras reads the BB town task for inmates. Paras becomes the dictator of the task.

4:15 PM; Inmates makes the task strategy. Paras along with Devoleena decides to provoke Nikki. Bigg Boss asks to tell who all is going inside the vegan.  Rakhi, Rubina, Jaan, Devoleena, Rahul and Jasmin decides to go inside shuck. Buzzer ringl Rakhi, Rubina, Jaan, Devoleena, Rahul and Jasmin puts stamp on their sack. Buzzer ring again;  Naina, Aly, Jaan, Toshi, Vindu runs to fill the barrel of their supporters name. Devoleena gets out from the task.

5:30 PM; Paras says to Rahul he don’t care how they are playing. He will just see the sacks in the barrel. Rahul and Nikki argues with each other.

6:15 PM; BB asks Paras to announce who is out from the task in third round. Paras takes Rakhi’s name. Aly see Rakhi wearing his jacket and takes it out saying colors will spread on it. Rakhi yells at Aly and asks if jacket is important more than her body. BB ends the task for the day.

Paras says to Devoleena post task in their season they used to shout but here they are silent. Devo says this year contender are not energetic.

6:30 PM’: Toshi asks Rahul what he did wrong with Nikki. Rahul says nothing. He add Rubina and Aly both disappoint him. Here, Toshi asks Rahul if he wants he can destroy Aly’s for game sake. Rahul refuses to ditch Aly.

9 PM; Rahul asks Devo instead of destroying why she don’t help in filling barrel. Devo and Rahul makes a task strategy.

9:30 PM; Rahul and Toshi ask Vindu if he will play with them. Vindu asks Rahul is he will give ticket to Rakhi. Rahul commits. Vindu agree to play with Rahul. Ahead, Rubina, Rahul, Rakhi, Vindu, Niki and Toshi shares talk. Vindu asks Niki why he destroyed Rahul. Nikki says it is her game plan.

11:15 PM; Devo shares with Rakhi and Rahul that Paras for sure will play for Rubina as she knows him well. Rakhi asks to instigate Paras. Devo says not possible. (Episode Ends)