9 PM; Arshi asks Vikas not to dig plot for others. Vikas asks Arshi not to worry as she will soon fell into her own trap. Arshi and Vikas argues with each other. There, Devoleena says Vikas himself is taking out her personal stuff out and will claim Arshi is doing. Rahul agree with Devoleena. Devoleena claims Vikas is playing man card. Rakhi says soo hastag ‘he too’ will run.

There, Vikas says he will expose Arshi and her threaten soon.

9:15 PM; Arshi tell to Abhinav that her father try to patch up between her and Vikas. Abhinav says she told him. Arshi tells to Abhinav, Vikas is claiming she put ‘me too’ allegation on him. She defends herself. Arshi adds Vikas is saying she used to blackmail him. Other side, Rahul tease Rakhi by singing ‘channa mere ya’ song. Rakhi scratch Abhinav’s picture and sing ‘break up’ song.

10 PM; Vikas come and tells to Abhinav and Nikki that earlier he wanted to play but now he feel, more than playing he needs to clean his image first. Nikki and Abhi asks not to bring outside content. Vikas says he don’t bother but now he will show Arshi. Aly joins the talk. Arshi leaves the place. Vikas asks Arshi to come and talk face to face. Arshi asks to wait for weekend. Vikas says Arshi send him threatening letter and now he will not spare her.

10:15 PM;  Vikas tell to inmates his family knew he is bisexual and won’t have any heir thus he disowned him. He cries and says he is tired of his life and balancing everything. There, Devoleena and Arshi talks with each other and says Vikas by telling his personal details is trying to win the show.

10:45 PM; Devoleena asks Arshi not to jump into Vikas’s matter. Rubina tells Vikas himself is revealing his personal detail. Arshi says to Devoleena and Rubina that she supported Vikas even when he speak ill about his mother yet he is accusing him.

11:15 PM; Arshi gets teary while sharing a talk about Vikas with Devoleena.

1:45 PM; Rahul and Nikki argues with each other post former claims Nikki keeps commenting on him.

Afterwards, Rubina read about ‘Cycling Task’. Team Red; Rubina, Abhinav, Nikki and Arshi. Team Yellow; Aly, Devoleena, Rahul and Rakhi. Vikas becomes the dictator of the task. As per the task inmates can win and fetch blocked areas also can get a chance to shop from BB Mall.

3:30 PM; Both the teams makes their task strategy.

4:15 PM; Abhinav says to Rubina that he don’t trust Arshi thus he will dismantle cycle so that it gets difficult for other team to refix it.

5 PM; Both the team struggles to protect their cycles.

5:30 PM; Buzzer ringl  Team Red and Yellow tries to fix their cycles back. Rahul breaks the pump of Abhinav’s team. Nikki claim Rahul cheated her idea and call her puppet.

5:45 PM; Abhinav claims Aly delibeartley tried to hurt him while snatching tier. He goes to dismantle Aly’s side cycle. Devoleena and Rakhi tries to protect the cycle. (Episode Ends) 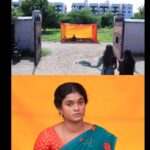 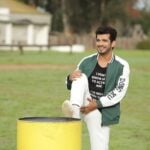 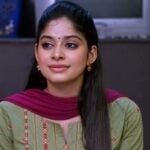 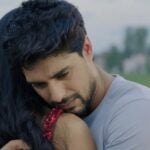