Today’s episode opens with Siddharth entering the BB activity area. Inmates get excited to see Sid back in the house. He asks inmates to gather in activity area. He interacts with Rahul, Rubina, Aly and Rakhi. Siddharth talks with Devoleena about her being proxy. He further praise Arshi, Vikas, Sonali and Rakhi for bringing life to the show. Arshi says she always wanted to meet Sid and is happy to see her here. Sid compliments Arshi. He further, tells inmates that they have to answer the fans. First fan asks Rahul he keeps saying Abhinav don’t do anything in the show so, she wants to know what he is doing in the show. Rahul says Abhinav don’t do anything he used to say that earlier. He adds what he is doing good he don’t know. Siddharth interrupts and says to Rahul if he himself don’t know that what more they can say. He asks Rahul why he thinks he has a winner quality and Abhinav don’t have. Rahul says he keeps his point of view openly in compare to Abhinav. Abhinav disagree with Rahul’s comment.

Second, fan asks Rahul he keeps calling Abhinav is not a man than they want to know his definition of man. Rahul says Abhinav play back foot thus he says he is not a man and this is his point of view.

Sidd asks Rakhi and Arshi amid Rahul ad Abhinav whom they think is a man? Rakhi votes for Abhi and Arshi for Rahul. Next, caller asks Rahul why he call a contender Rubina’s puppet who support her and when someone support him than it’s friendship. Rahul says Rubina instigate others thus he feel Rakhi, Nikki and Mahajan is her puppet. Rakhi and Nikki says taking advice from other doesn’t mean they are puppet. Siddharth asks Rahul he too plan and discuss with Aly so what it is. Rahul and Aly explain to Siddharth. Sid asks Rahul his friendship is friendship and others friendship is puppet. Rahul claims Rakhi call Rubina boring. Rakhi defends herself. Another fan asks Abhinav he too use bad words for Rahul than why he gets offended when Rahul use bad word. Abhinav says Rahul first started to use bad words against him and it is tit for tat. Siddharth agree with Abhinav.

Ahead, fans asks Abhinav they feel he is playing in Rubina’s shadow but they wants him to play solo. Abhinav keeps his point of view. Siddharth suggest Abhi to let rubina play her game as she is capable enough to handle and she is doing that. Siddharth than highlights for Nikki it was not worth for picking the topic of ‘me too’ against Devoleena because it was done and dusted in their season itself. Niki says for ‘me too’ she said once and didn’t repeat. Sid suggest Niki to entertain bring new content because bringing old stuffs is boring. Fan next asks Nikki why she has become irritating.  Nikki tries to keep her point of view but Devo and Rubina talks about lockout task. Siddharth tell to inmates Devoleena did exactly what Niki and Rubina planned. Rubina says and Devo played against her team. Sid says to Nikki she used to entertain but not now. Next, fan claim Nikki has turned Rubina’s puppet. Nikki says post coming back she felt she is comfortable with Rubina’s team.

Siddharth tells to Nikki first she was desperate and was playing well and at the end of the day trophy will go to one thus, she should focus on her game. Next, fan asks Sonali why her game is around Arshi, Aly and Rahul. Sonali says Arshi, Aly and Rahul are her friend and she has kept her personality adamant from day 1. Sonali adds she is happy to be here. Afterwards, fans reveal Rakhi says she love Abhinav but back bitch about him. Rakhi tell Abhinav ignores her and is concern about Nikki more thus she talks with camera and tell it she feels bad. Arshi says Rakhi is jealous with all. Next, fan asks Rakhi when Ritesh will come. Rakhi says she also doesn’t know. Siddharth gives flying kiss to Rakhi and Rakhi gives him back. Siddharth tell he will let know who got evicted this week.

8 PM; Abhinav asks Rakhi not to abuse him at his back. Abhinav gets upset with Rakhi. Rakhi says to Abhi if he doesn’t want to talk with her fine as she will still talk with him. Abhinav leaves the place. Afterwards, comedian Harsh enters the house. Inmates get excited to see Harsh. Harsh welcome choreographer Raghav.  Raghav and Harsh does the comedy on inmates.

Ahead, Raghav and Harsh pranks Aly that Jasmin is here for him. Aly gets teary. Later, Harsh and Raghav performs a task with inmates. Rahul and Abhinav, Rubina and Nikki compete with each other. Winner will get delicious food to eat. Rubina and Abhinav win the task. Rubinav win cake to eat. Raghav promotes his upcoming dance show ‘Dance Dewane 3’ on colors. Next, Raghav says he wants to see the dance. Task starts with Sonali. Sonali and Raghav dance on ‘tip tip barsa paani’ song. Nikki dance on ‘Desi girl’ song. Lastly, Rakhi dance on ‘pardesiya song’. Further, Harsh welcome Rashmi Desai and Tina Dutta at house. Rashmi and Tina come to celebrate 12yrs of Uttran serial. Rashmi and Tina dance on Pinga song. Both share a talk with inmates. Rashmi and Tina ask inmates to tell which contender is playing in a shadow of other. Nikki and Rubina take Rahul’s name. Rashmi and Tina performs balloon task with inmates. Task starts with Rubina and ends with Devoleena. Harsh and Raghav welcome Siddharth next. Sid meets Rashmi, Tina. Siddharth than announce elimination. Sonali phogat gets eliminated. Rahul gets teary for Sonali. Episode ends with Vikas sharing talk with Abhi, Rubina, Nikki about Rakhi and his fight. There, Rakhi cries post Vikas accused her being fake. Rakhi apologize to Vikas. Vikas suggest Rakhi to stay away from Arshi. 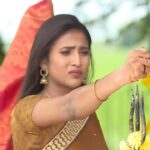