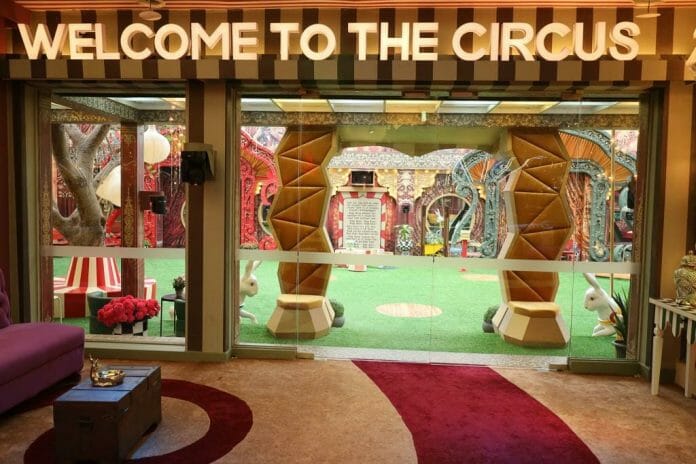 Shalin says Archana is nuisance and will keep creating the same.

Sajid says to Nimrit that they all are coward. Nimrit is stunned.

Sajid talks with Shiv, Stan and Shalin about Archana. He says Nimrit and Tina are stupid as they ignored Archana post she dumped the bin in their room.

Sajid says Archana is sent back to create trouble and she don’t have public support.

Ankit brings coffee for Priyanka Priyanka says for the first time Ankit is serving her coffee. Ankit says he has given many time. Archana says to Ankit that whatever he will do it will not be acknowledged.

Soundarya asks Archana if she can bring almond milk for her. Archana refuses. Soundary and Archana argue with each other.

Priyanka says to Ankit that he got her coffee for the first time and making fun of her along with Archana. She gets angry.

11:15 AM: Abdu looks for breakfast. Archana taunts Nimrit and Tina for sleeping instead of making breakfast. Tina argues with Archana

11:30 AM: Abdu entertains Stan, Shiv, Sumbul by singing a song

12:15 PM: Priyanka asks Ankit not to crack joke from next. Ankit says fine. Priyanka says to Ankit that she is doing a lot for him. Ankit says he didn’t ask her to fight on his behalf. Priyanka and Ankit argue with each other.

Priyanka claim she always do for Ankit but he never acknowledge. Ankit swear on his mother and says he will not crack joke from next. Priyanka gets irked with Ankit for throwing attitude. She asks Ankit if he consider her friend or not. Ankit says to Priyanka that she knows well. Both argues with each other.

1 PM: Archana asks Stan if he has done cleaning or not. Stan rudely talks with Archana. Shiv asks Archana not to dictate on his behalf.

Archana poke Stan. Stan asks Archana not to teach him.

3:45 PM: Bigg boss explain rationing task. Shiv is asked to take inmates to supermarket to fetch the ration. He becomes the dictator of the task.

Tina and Nimrit start the task.

Archana call Shiv fair during the ration task. Nimrit asks Archana not to give the verdict based on her convenience. She adds Archana saying Shiv is fair because she went on number third. Archana defend herself.

4:15 PM: Sajid says he is unfair king. Archana and Sajid get angry. Both at loggerheads. Sajid accuse Archana for taking his father name.

Priyanka, Soundarya and Ankit correct Archana. Archana says her own friends are finding her wrong.

Priyanka and Soundarya say to Archana that she provoked Sajid.

Bigg boss asks Sajid to come to the medical room.

5 PM: Nimrit asks Sajid to get hyper in limit. Sajid says he is calm. Priyanka, Archana says Sajid did over-reacted.

Ankit correct Sajid about kicking the table to Archana. Sajid defends himself.

5:30 PM: Priyanka, Soundarya and Archana argue each other over ginger. Archana says her own team is showing true colors. She gets hurt with Soundarya. Priyanka asks Archana to go out from her room.

Sajid talk with Nimrit, Shiv and Stan. He says Archana is affecting him a lot. Sajid goes on hunger strike.

Tina asks Abdu why he is so cute

Soundarya asks Archana why she fight with her despite knowing she respect their friendship. Both try to clear their misunderstanding. Both hug each other.

Archana asks Soundarya why she didn’t stood up when Priyanka asked her to go out from the room. Soundarya explains because she was getting touchy because of morning incident.

9:30 PM: Nimrit and Shiv tries to convenience Sajid to eat.

Sajid gets convinced and decide to end his strike.

9:45 PM: Sajid talk with camera and says Archana can drive anyone crazy and she is succedding by targeting him.