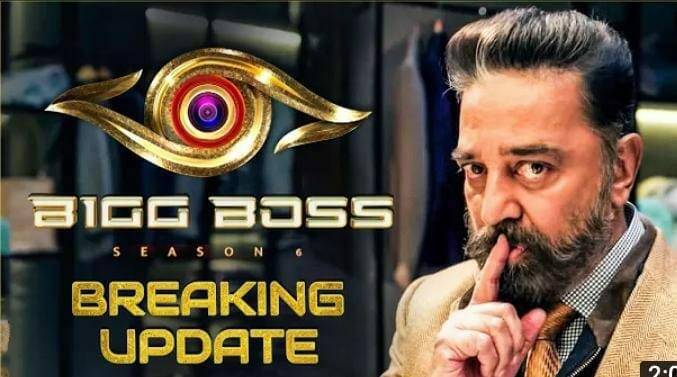 The show begins in day 21 at 8.45 pm, Dhanalakshmi sharing with Amudhavanan and Robert that she was confident that she didn’t pushed her down. That is why she asked him to play the Kurumpadam. She would have lose her face if she lied to them. Robert asks her why did she supported Azeem in front of Kamal? Dhanalakshmi clears to him that according to her Azeem better then Asal. Amudhavanan says that she is changing her words now. Doesn’t she said to him Asal did his works well? Dhanalakshmi says that she won’t support him. She nominated him for eviction then how she will expect him to stay inside? Even audience clapped for her words. Robert says to her that Kamal alredy warned them they shouldn’t believe audience claps. They starts discussing about Ayesha and Sherina there. Dhanalakshmi says that both are good for nothing. They are acting well. If they are sick why are they still inside the house? Both are acting well. Why didn’t she get breathing trouble in front of Kamal? So they are pretending to be sick according to the situation.

At 11.55 pm, Nivaa crying for Asal elimination. Queency consoles her. She asks her to eat instead of crying.

At 7.00 am, Nivaa says to camera that she doesn’t understand why did they eliminated Asal? One person violated the house though he is still inside the house. But Asal eliminated from this house. She isn’t able to eat without him. Only Asal used to help her and console her when she is sad. She asks the camera why is he eliminated? She shares a notes to vasanth.

Day 22 at 8.00 am, Morning wake up song plays inside the house. Housemates are dancing for the song” Aaluma doluma” then greets each other

At 9.50 am, Robert says to Ratchitha that they are in kitchen team. Rathchitha asks him how could he decide it? Captain wants to divide the team. Robert says that he will go to different team if she don’t like him. Ratchitha asks him what did she said wrong? She clears the misunderstanding with him

At 10.40 am, Robert gives chocolate to Ratchitha and asks her to share it with Shivin. It’s the last one. Ratchitha feeds to het but Shivin tells her she won’t eat chocolate much.

At 11.30 am, Janany reads the new captaincy task information. She narrates the rules of the task. Who wins the task wants to sit on the captain chair and divide the group.

At 1.05 pm, Amudhavanan and Dhanalakshmi are discussing with Shivin that she shouldn’t give egg to those already ate. Dhanalakshmi complaints that her three eggs missing. She gave two eggs to Asal after Manikandan asked her to do it. Shivin asks her to leave this matter.

Bigg Boss announced the nominated contestants names. Azeem, Aysha, Vickram, Kathir and Sherinaa are nominated for this week eviction process. Dhanalakshmi gets excited when her name was not in the nomination list.

At 2.20 pm, Vickram shares to Amudhavanan that he liked the way Bigg Boss mentioned the reason for nomination. Ayesha and Sherina guessed the reason of their nomination. Meanwhile, Dhanalakshmi says to her team that 5 nominated people are strong contestant. She doesn’t know who will be evicted? Amudhavanan says that only Kathir is strong contestant. He adds that he would have accepted Ayesha as strong one if she plays her game. Dhanalakshmi says to him that she was pretending to be sick in the house. Doesn’t Kamal sir mocked at her when she mentioned about her health issues? It’s clear that she is acting. When Kamal sir scold her she pretended to be sick. But when everyone failed to notice her she acts normal again. Dhanalakshmi adds that she wants to see Aysha will be eliminated from the house. She is pretending to be innocent here. Doesn’t she has enough knowledge about this industry yet.

At 2.40 pm, Robert is adamant not to eat the food which cooked by Ratchitha. He isn’t going to eat. Shivin shares with Ratchitha that he isn’t going to eat anything because of her. Ratchitha says to Shivin that she is happy if he don’t bother her. Sherinaa convinced Robert Master and make him eat.

At 6.00 pm, Nivaa Scratch her card and gets a chance to eat her home made food. She says to Bigg Boss if her sister is not reachable ask Asal to give food to her. Housemates appreciates her. Janany gets a chance to choose the menu of the house.