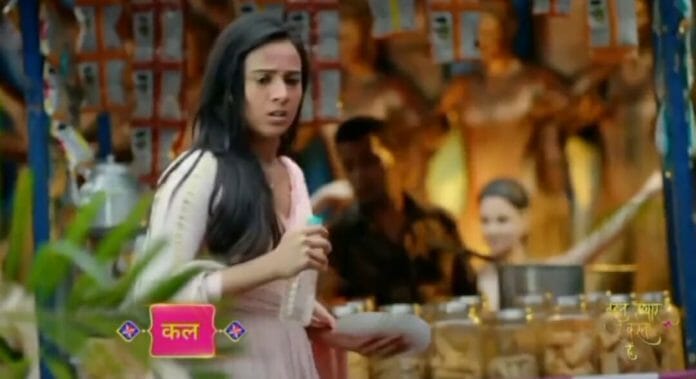 Starbharat’s show Bohot Pyaar Karte Hai is gearing up with an interesting drama with Indu gets arrested and Ritesh leaves Zoon in CAA but feels guilty of doing this with Zoon. Now it will be interesting to see what will happen next? Will Indu get bail? Will Ritesh learn about his lawyer’s lies to him about Zoon’s adoption? Will Zoon gets adjusted with CAA?

In the previous episode we had seen that Indu’s revelation about not having money made the auto driver angry so he started insulting Indu but Zoon pleaded with the driver to not to scold her mother because she was a good woman. The driver let them go without taking his fare from them.

Zoon saw Ritesh and called out him but Indu hide herself and Zoon from him. Ritesh sensed Zoon’s presence but then prayed to God for her safety when he failed to notice her. Indu board on the truck without the knowledge of the driver when she learned the truck was going to Lonavala.

Ritesh got shocked when Kaamna informed him Indu ran away with Zoon. Ritesh suspected Indu might have took Zoon with her to Lonavala because it was her favorite place. He decided to took help from the commissioner to learn about Indu and Zoon’s whereabouts.

Raina’s gets worried when they realised Indu was nowhere to be found. Indu gave Zoon a carrot when the latter told her she was hungry also told her a story of Rabbit and Turtle’s race. Anjali learned through Vivaan about what happened to Indu.

She got shocked and went to her house and informed her family members about everything. Raina’s worried. Indu and Zoon get caught by the truck driver. The driver threatened to call the police when he saw Indu and Zoon in the truck.

Indu pleaded with the driver and gave her earring as her payment. She then took Zoon with her. Zoon questioned Indu the reason behind them coming to Lonavala. Indu informed her bad people’s wanted snatch her from her so they had to extend their stay in Lonavala.

Zoon agreed . Ritesh and the police officer’s are reached Lonavala in the meantime and the officer assured Ritesh to find Zoon then he will arrest Indu. Indu thought to herself to rectify her mistakes and do what’s right to keep Zoon with her.

In the upcoming episode it will be shown that Indu will look at the food given to her in the prison. She will realise that Zoon is allergic to the same food which will make her worry.

Indu will plead with the constables to let her make one call as its about her daughter’s health. In CAA Zoon will agree to have food when the caretaker will suggest to feed her.

Indu will call Ritesh’s number and pleads to answer him. Ritesh will see that he is receiving a call from unknown number. Indu and the cops will looks on worried.