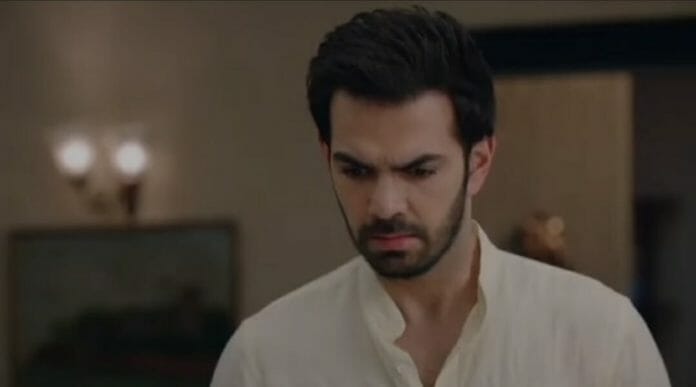 Star Bharat’s show Bohot Pyaar Karte Hai is gearing up with an interesting drama with Sameer tries hard to make Indu and Ritesh go against the court order so that put them behind the bars. Meanwhile Ritesh and Indu learns someone named Nima’s name is mentioned in Kadambari’s father’s will and wonders who it is.

In the previous episode we had seen that Indu told Zoon that she had to stay strong so that her mother can win this battle and bring her back to them. Zoon got upset with Swati for her verdict. Indu assured Zoon that she was going to stay in the same house as her’s. She then challenged Sameer to get back Zoon at any cost.

Sameer mocked at her and called her crazy. He then decided to leave the house with Zoon. Zoon refused to take his help and left the house on her own by saying bye to the Raina’s. Ritesh went crazy and shouted at Indu for letting Zoon leave them.

Indu tried to stop him but failed. She then reminded him about the promise he made to Zoon to control his anger. Ritesh broke down and blamed himself for losing Zoon’s custody. Indu encouraged him to not to lose hope and went inside the her room where she broke down.

Ritesh got upset seeing it through window. Other side Kaamna got irked seeing Zoon’s attitude but Sameer assured her soon they would change Zoon also like them. Sunita wished good luck for Indu and Ritesh.

Vivek Rahul and the Raina’s joined hands with Indu and Ritesh and became determined to bring back Zoon.

In the upcoming episode it will be shown that Indu will plead with Sameer to reduce the noise because Zoon is sleeping because of the noise her daughter may wake up. Sameer will say to Indu that Zoon is his wife Kadambari’s daughter and not her’s. He will also mock at her by reminding her about the court order.

Other side Vivek and Ritesh will hope to find a loophole to stop Sameer and Kadambari getting Kadambari’s father’s property which will eventually stop Kadambari from taking Zoon with her to Spain. They both will also wonder who is Nima Bakshi.