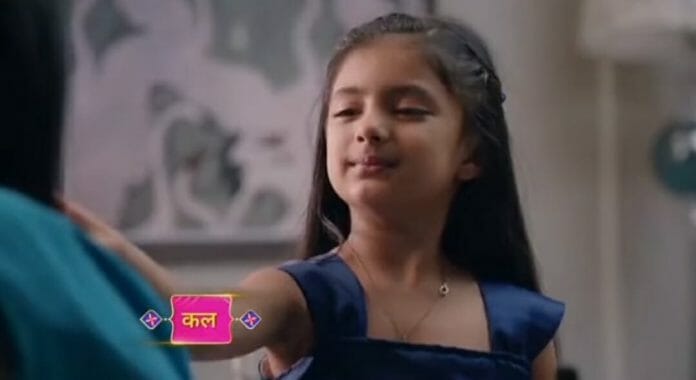 Star Bharat’s show Bohot Pyaar Karte Hai is gearing up with an interesting drama with Ritesh losing his temper on the court after Sameer provokes him. Later Indu defends Ritesh in the court. Now it will be interesting to see what will happen next. Will Indu be able to convince the judge to get Zoon’s custody?

In the previous episode we had seen that Sameer told Ritesh that he was planning to took Zoon with him and Kadambari because Kadambari was Zoon’s real mother and Zoon won’t suffer with his anger issues which lead a huge fight between them.

Later Kalpana assured Sameer and Kadambari they were the one who going to win Zoon’s custody case after they both submitted the medical reports of Ritesh. Kadambari and Sameer got happy. Indu pleaded with Ritesh to not to get provoked by Kadambari and Sameer but Ritesh taunted her which lead an argument between them both.

The next day Sunita read bagawat geeta’s page and advised Indu to not to lose hope till the end. Ritesh arrived there and apologised to Zoon. Zoon also apologised to Ritesh. The Raina’s got happy. Kaamna wished both Sameer and Kadambari good luck but warned them about Ritesh and Indu who may change everything at last moment.

They both assured her nothing such won’t happen also asked to help them with their back up plan which Kaamna agreed. In the court Kadambari informed Swati about her marriage when the latter congratulated both Ritesh and Indu for their marriage.

She further acted to withdraw the case saying she was worried about Zoon’s well being. She also revealed Ritesh’s behavior towards Zoon the previous day which shocked Swati so she questioned Ritesh.

Ritesh confessed he indeed mistreated with Zoon in anger and explained her what forced him to do this. Swati scolded both Ritesh and Indu which made Kadambari and Sameer happy.

In the upcoming episode it will be shown that Kalpana will say to Swati that Kadambari is the one who carried Zoon in her womb for nine months and Zoon’s real mother so request her to give verdict in favor of Kadambari. Swati will say that she heard both Indu and Kadambari’s side. She will give verdict based on what she get to know and the facts. Indu will looks on shocked.