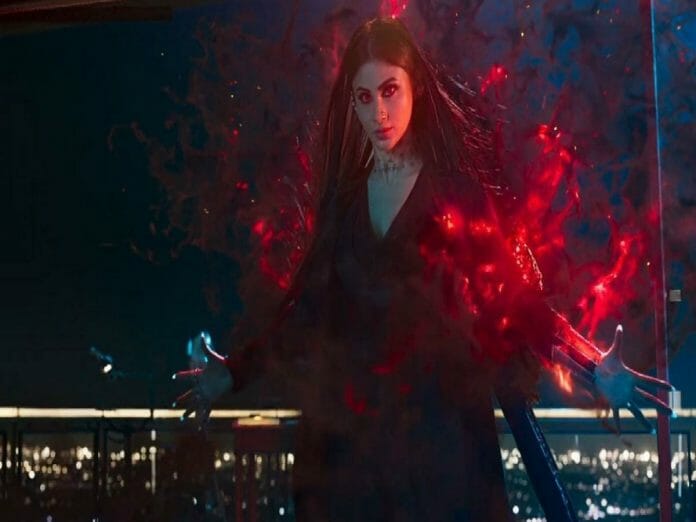 Big budget movie Brahmastra has received both criticism and praise. Few section of the audience liked the movie while due to Ranbir Kapoor’s controversial statement in the past, large section boycotted the movie. Well, so far Brahmastra hit 3.5 stars for its visual treat, story and concept.

Amid everything popular personality Mouni Roy outshined for portraying the character of Junoon, the Queen of Darkness. The way she slayed the grey, fans can’t stop praising her acting chops. Applause poured in for Mouni under the hastag #MouniRoy.

Actress Surbhi Jyoti and friend of Mouni Roy shared a still of the diva from the movie and captioned “yahi junoon chahiye”.

The star of #Brahmastra is #MouniRoy. She got the memo, knew exactly what had to be done – she just understood the vision and her character. She understood the mythology, the astras, the power they wield and most importantly, the respect they deserve.

The bombshell of #Brahmastra She is the best thing ever happened . #Mouniroy #BrahmashtraReview #Brahmastra #Junoon #love

She has done a brilliant job in #Brahmastra. Her screen presence was solid. Every single thing about her in the movie was just perfect. Her character as Junoon is excellent #BrahmashtraReview #MouniRoy

Mouni made her Bollywood debut with the movie Run in 2004. Post that she made cameos. Akshay Kumar starrer Gold was a big breakthrough for Mouni at Bollywood. Since then there is no look back for the actress. Dazzling diva is continuously shinning. Brahmastra will surely add value to the already established career of Mouni.

Coming back to Junoon- Mouni killed the character with her expressions and motives. No one other than her could have slayed at queen of darkness.

Share with us if you have watched Brahmastra or planning to watch.