Show Ek Bhram Sarvagun Sampanna is all set to pull down its curtain soon but the current track is making the audiences hook to their seats.

Last we reported that Pooja mother goes missing and she warns Kabir that if anything happened to her mother than she will not leave him. Kabir and Sonali go to search Pooja’s mother and found her back.

Here, Pooja learns that her mother was right in front of her eyes, as Kalyani Bua but she didn’t recognize her. Kabir comes to Pooja and asks her to marry him soon if she wants her mother back.

Now in the upcoming episode will see a bride swap drama.

What next will happen in the show will be interesting to watch. Whom Kabir will end up marrying Pooja, Rani or some other girl? Do Chopra will get succeed in his plan? What will be Kabir’s next move, to know more don’t miss watching the show Ek Bhram- Sarvagun Sampanna on Star Plus mon-fri at 7 PM.

Stay tuned with us for more news, latest update, spoilers and gossips. 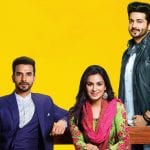 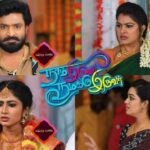 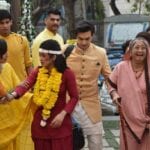