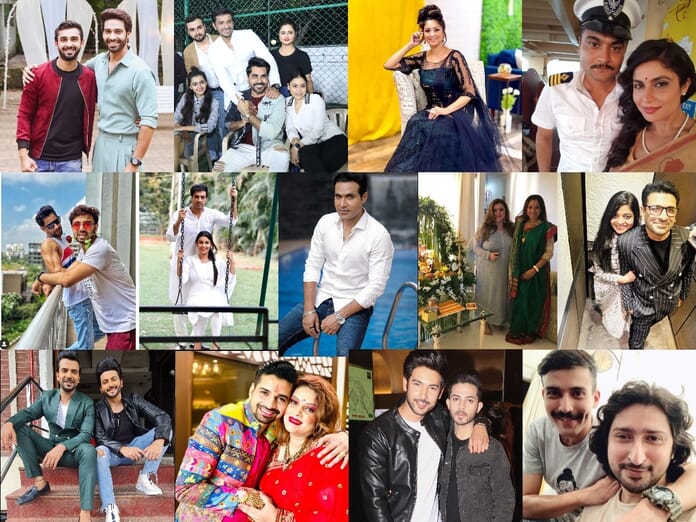 There is a common belief that in this industry, it is rare that two actors, be it male or female, can be good friends. There is always believed to be a rivalry that exists between contemporaries. But it seems this is not true. Actors might have differences while working with each other but then they sort it out well, are professional like any other and many are good friends too. Actors share their opinion and also talk about their co-stars who they are closest to. Read on:

This perception still exists that two actors cannot be friends and there is always a fierce competition. But reality is different. There might be healthy competition but bad rivalry, I don’t think so. In my entire tenure, I personally experienced no rivalry with any of my co-stars. Everyone is working hard, has come with a goal and is striving to achieve that so we should just respect each other. I have a lot of friends who are/were my co-stars. In fact, some are really close to me and we are always a call away from each other. We might not be able to catch-up frequently but we do not miss to be with each other in good and bad times. My friend Samridh Bawa is one of them. We were co-actors in Ek Shringaar Swabhiman and now close friends. I cherish our friendship.

Nowadays I don’t think people believe in rivalry but healthy competition between actors and it’s important too as it motivates you in a way. But I don’t think there is any reason to have problems between actors as everyone is pretty confident in their own space. I believe everyone is more open to helping each other to do their best and there is a sense of security in our generation. If I talk about myself, I love to get feedback from my fellow actors and also love to be supportive towards them. I am good friend with Abhishek Verma.

In my opinion, actors are fur more confident and self aware these days. If I believe in myself, if I know my strengths and weaknesses, it’s easy for me to face the competition. Then whether it’s with friends or strangers, it really doesn’t matter. That’s the main reason, we don’t see rivalry in co-actors nowadays. In fact, as a friend it’s easy to discuss with each other, grow and lead together. That’s what friends are for. I am friend with my co-actors Kunal Kapoor and Sushrut Mankani.

I think people have now become more diplomatic. I am not sure how many people are actually encouraging others in real life but I guess even if they are motivating someone, they still want to be above them. If it is not their line of work then they are very encouraging, for e.g. I am a producer, I will motivate an actor, an actor will motivate a director, so that way there is a motivation which probably was not known. But I think now we get to see and hear these things because of social media. Having said that I feel there is always a sense of insecurity, not just with actors but others as well. If I talk about friends, I have more of childhood friends and I do have a lot of friends from the industry as well, and Eijaz Khan is good friend of mine. With him, we always pick it up from where ever we left.

Back in 2007 when I started working in the industry I never faced such kind of issues. I have been friends with all my co-actors like Sargun Mehta, Ravi Dubey, Dheeraj Dhoopar, Mrunal jain, Shraddha Arya, Shabir Ahluwalia and many more. I have been friends with many people and this industry has given me fanatic friends. Actor Bhuwan Arora is also a dear friend. I have a question about acting or character or something. I call him and speak to him. I also do the same with Dheeraj. We speak on everything so there is no rivalry. I don’t have any reason for rivalry because my character, thought process, and personality is different from others. I probably make more friends than enemies.

I have so many girlfriends, who are actors. It’s a myth that co-actors can’t be friends. I have always supported my female friends, co-actors and I have made friends on set and it remained for years. I don’t feel jealousy or don’t have that harmful competitive spirit because I think everybody has their own space and luck. Moon Banerjee and I have been friends with her for 22 years. In fact Rupali Ganguly and I have been buddies for 20 years now and we have done plays, reality shows together. We visit each other’s home during festivals. Friendship has been there and it stayed on for years with me. So I genuinely don’t feel that co-actors cannot be friends.

Well, it’s orthodox thinking that two actors or a male and a female actor can’t be friends. It has changed with the current generation. Yes, people have their judgements but that shouldn’t bother anyone if you’re good friends. Two co-actors or two people from the industry can be good friends, and can be good motivators too. These days you can see posts on social media where actors are promoting other actors’ shows or movies, and it shows that all that feeling of competition and jealousy are far behind. Plus, everyone is so busy with their lives that I feel they want everything around them to be positive. Mrunal Jain is a good friend of mine. He is like my buddy, my confidante and we have been with each other through thick and thin.

It is true that there was a time when two actors or co-stars used to avoid each other and were not friends. The times have changed now, we have progressed and two actors can be good friends. Industry wise friends are important as you can share and grow together. One of the close friends I’ve found is Vishal Singh, he’s a very genuine person and always one call away. I can count on him any day anytime.