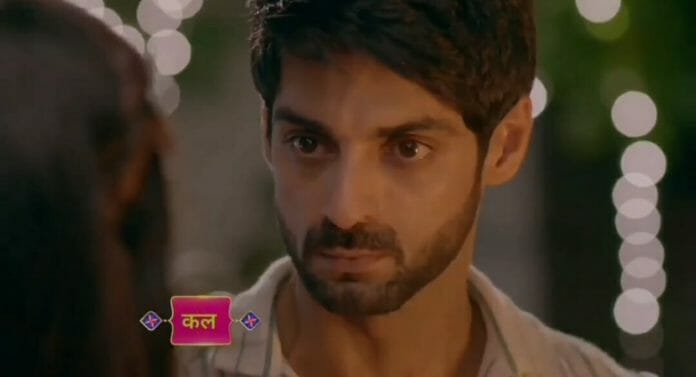 Now it will be interesting to see what will happen next? How will Ginni expose Simran’s lie to the Singh’s? Will Ginni be able to earn Aditya’s trust? What will be Simran’s next move against Ginni?

In the current track it shown that Ginni tells Supreet that she will serve the prasad to everyone. Rajvant praises the prasad which Aditya gives it to him. Ginni tries to get Aditya’s attention to tell him about Simran’s trap before he could tell Rajvant anything.

Rajvant leaves the room when he receives a call. Ginni pleads Aditya to listen to her once and the latter asks her to tell. Simran makes Shailaja see her pregnancy report so Shailaja calls Aditya which stops Ginni from telling him the truth. Simran acts and accuses Ginni and instigates the Singh’s to throw Ginni out.

Rajvant scolds Shailaja for her behavior and sends both Ginni and Simran to their room. Supreet tells the family members that media learnt about Aditya and Ginni’s marriage so they have to handle this matter more cautiously or else their reputation will be at stake.

Ginni tells everyone that Simran isn’t carrying Aditya’s child which shocks everyone. Aditya drags Ginni to his room. He accuses and humiliates her then leaves the place. Ginni get hurt and breakdown.

In the upcoming episode it will be shown that Aditya will take a fire torch and try to burn his hand but Ginni will stop him. Ginni will tell Aditya she will not let Simran’s lie to break him. She will also ask Aditya why he is getting fooled by Simran’s lies.

Aditya will shout at her. Ginni will ask him to think why she is doing all this when all she wanted to do was apologise to Sam for marrying him. Aditya will tell Ginni she never given him any valid reason to earn his trust so ask her to earn it first. Ginni will look on.