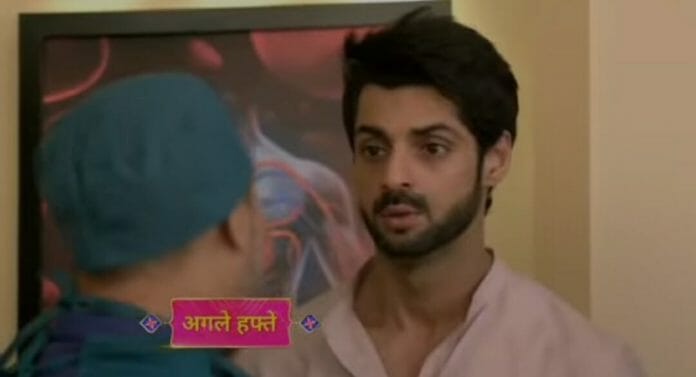 Starbharat’s show Channa Mereya is gearing up with an interesting drama with Aditya gets emotional by the surprise Ginni arranged for him but they both ends up having a heated argument over their views about family but in the end when Amber men tries to shot Aditya but Ginni ends up taking the bullet for him shocking Aditya.

Now it will be interesting to see what will happen next? Will Aditya be able to save Ginni by taking her to the hospital on time? Will Aditya learn Amber is the one who behind all this? Will Singh’s learn about Ginni’s act?

In the previous episode we had seen that Amber send messages to his men to be ready on time to finish the work he had given to them the next day. Aditya entered the room and started taunting Amber which made worried the latter thinking Aditya might know his plans. Aditya confronted Amber for planning to use Gurkeerat’s sketch for his business benefit.

Amber asked Aditya to not to create a scene unnecessarily for a piece of paper which angered Aditya so he shouted at Amber. They both held each other’s shirt. Ginni and Supreet tried to separate the father son duo from one another. Aditya lashed out at Ginni infront of Amber and Supreet.

Supreet got shocked learning the truth of Aditya-Ginni’s relationship. She confronted Ginni about the same and advised her to do the right thing. Amber got furious at Supreet for persuading him to go to Cheema’s house as they were invited the Singh’s.

He asked Supreet to take Akash with him as he had important work the other day. Supreet obliged. Aditya get annoyed by Ginni’s constant persuasion to get his forgiveness. He asked her not to annoy him like this and went to sleep. In the middle of the night Ginni got shocked finding Aditya wasn’t in the room.

She called Armaan to enquire him about Aditya’s whereabouts. Armaan assured her Aditya must be fine also requested not to reach out Aditya because it was a most important day for Aditya. The next day Ginni saw Gurkeerat’s sketch and learned Aditya’s determination to buy her dhaba at any cost.

She got emotional. Armaan arrived there and informed her it was Gurkeerat’s birth anniversary. Ginni decided to do something for Aditya. Later when Amber was waiting for Ginni and Mrs.Randhawa to execute his plan Ginni informed him the sudden change in plan as Mrs.Randhawa was busy and requested him to send the sketch artist to her dhaba in the evening. Amber looked on.

He will enquire the doctor about Ginni’s health condition after the doctor come out of the operation theatre. The doctor will apologises to Aditya and the latter will get shocked.