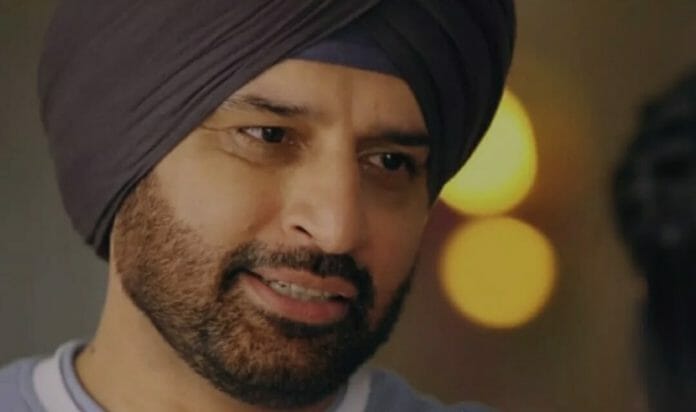 Starbharat’s show Channa Mereya is gearing up with an interesting drama with Gulraj hides Ginni about the dhaba state after that when Amber fools Ginni the latter breaksdown but refuses to tell Aditya about it. Now it will be interesting to see what will happen next? Will Aditya get to know the reason behind Ginni’s cry? Will Ginni learn about her family’s struggle to run the dhaba without her help?

In the previous episode we had seen that Ginni woke up in the morning and saw her clothes were changed also recalled Aditya took her to their room in his arms. Aditya came out of the washroom but ignored her and decided to get ready.

Ginni suspected something happened between her and Aditya so she questioned him but the latter refused to tell her anything which lead Ginni blame Aditya. Aditya called her crazy and left the room annoyed. Through Shailaja Ginni learned it’s Shailaja who changed her clothes and regret for doubting on Aditya.

Meanwhile Aditya learned through Marleen’s video clips Ginni played a huge role in his reunion with Akash. He went and confronted Ginni the same. Ginni answered him back that she did what she felt right and no one can stop her from doing this.

Aditya held her hands and they both shared an eyelock. Ginni fooled Aditya and made him lose his grip on her hand. Aditya’s uncle praised Aditya for his stand for Akash. Aditya told him he would have done this to anyone who was in Aditya’s place because he don’t want anything wrong happened to anyone.

Aditya’s uncle praised Ginni for her efforts and called Aditya a lucky one. Aditya became determined to return Ginni’s favor. Ginni got surprised when Aditya gave her an expensive necklace and asked to consider this as whatever she wants as she had done so much for him and his family.

Ginni returned the necklace to Aditya and said she dont want anything in return for what she had done to him also if he wanted to make her or anyone happy he should learn on his own what bring real happiness to that person. Aditya got annoyed and frustrated and looked on.

In the upcoming episode it will be shown that Ginni will laught at Aditya when the box full of flour will fall on him. Later Ginni will get a call from Mrs.Randhawa so she will go to meet her in the dhaba. Amber will overhear the conversation and follows Ginni.

Mrs.Randhawa will say to Ginni if she get a chance to see her father’s business partner one more time then that will be more than enough to know for her to who it is. Amber phone will start ringing who is there hiding himself. Ginni will go towards where Amber is. Amber will looks on worried.