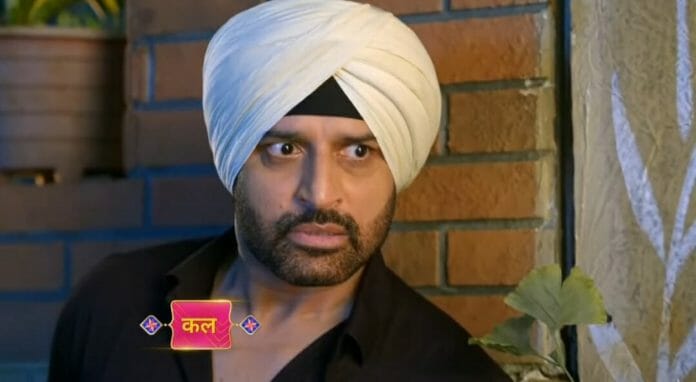 Starbharat’s show Channa Mereya is gearing up with an interesting drama with Amber learns Mrs.Randhawa is planning to help Ginni to reach him so he decides to get rid off her. Later Ginni seeks Amber’s help to find a artist to draw a sketch of her business partner.

Now it will be interesting to see what will happen next? Will Amber agrees to help Ginni? Will Aditya get to know Ginni is upset with her father’s diary which is nowhere to be found? Will Amber learn the diary is in Shailaja’s room?

In the previous episode we had seen that Aditya got confused by Ginni’s outburst. Ginni and Akash bumped into each other. Akash saw Ginni’s change in behavior which he pointed out at her and asked her not to never change herself from being good.

In the Grewal’s house Simran lashed out at Shampy and Dimpy for bringing customers by giving them false hope which lead an huge argument between Gulraj and Simran. Gulraj warned both Goldie and Simran. She then asked her family members to not to tell anything about their dhaba’s current state to Ginni.

She then went to meet Ginni. Ginni told Gulraj about the conversation she had with Mrs.Randhawa. Gulraj got emotional and told Ginni her father’s supposed business partner was responsible for his death. Ginni promised to find who it was. Amber decided to burn the diary so that there won’t be any proof for Ginni to reach him.

Ginni got shocked seeing Kushwant’s diary in Amber’s hand. Amber hide it behind the sweet box the diary and lied to her it was her just illusion but Ginni denied it. Amber advised her to take proper rest. He then shocked learning the sweet boxes were sent to the temple so he got worried and furious.

Ginni recalled the conversation she had with her father when she was a kid and cried hard. Aditya got shocked seeing Ginni’s state so he went to her and pleaded him to tell her what’s wrong. Ginni refused to tell him saying the one who considered everything as business won’t understand anything.

Aditya grow frustrated and tried to make her confess the reason behind her cries but failed at it. But Aditya refused to let Ginni leave the room without knowing the reason and hold her hand firmly.

In the upcoming episode it will be shown that Aditya will confront Amber with his mother’s sketch. He will remind him about the way he insulted Gurkeerat’s sketch but now he planning to use it for his business profit.

Amber will ask Aditya not to create a scene over a piece of paper which will anger Aditya so he will hold Amber’s shirt and tell him it’s not some paper and sketch but his mother’s dream. Supreet and Ginni will come there and looks on worried.