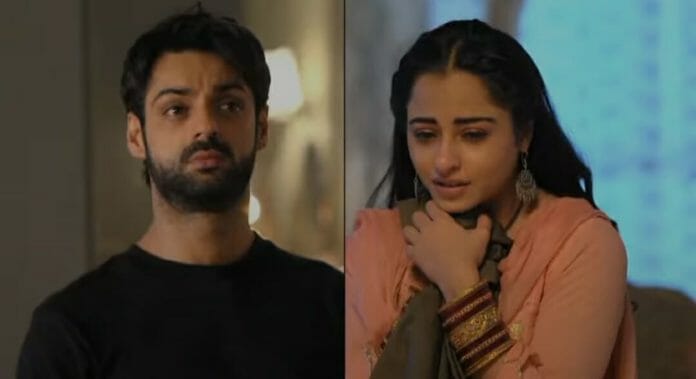 Star Bharat’s show Channa Mereya is gearing up with an interesting drama with Ginni splits the house because of which Aditya gets hurt so he warns her about the consequences of their relationship impact. Now it will be interesting to see what will happen next.

Will Aditya learns about Ginni’s real intention to stay in the house? Will Ginni tell her intentions to Aditya? Will Armaan make Aditya and Ginni clear their misunderstanding?

In the previous episode we had seen that Ginni placed her father’s photo frame in Singh’s living room which angered Shailaja so she scolded her also demanded her to remove it but the former refused. Amber got furious. Supreet advised Ginni to leave the house taking whatever the money they offers for which also Ginni refused. Ginni then asked her siblings to stay whatever thr room they like also asked Amber to show their office as she had to sign certain documents.

Dimpy and Marleen got into an argument when Dimpy decided to stay in Marleen’s room. Aditya advised both of them to share the room with each other. He then saw Ginni and decided to not to forgive her at all. They both reminicised their moments together and got emotional. Later Amber suggested Aditya to hire a lawyer who could help them make the Grewal’s leave the house.

Aditya decided to wait until Rajvant recovers. He also assured Amber to find a way out. Ginni met Rajvant and expressed her agony. She also told him that she decided to stay in his house to find who was the person trying to kill him. She then sensed someone’s presence so came out of the room but got confused when she saw no one was there.

Supreet arrived there and informed her about the consequences of meeting Rajvant without Aditya’s knowledge. Ginni told her she was not afraid. Supreet reminded her about her relationship with the family before the truth comes out and pleaded her to not to do all this. Aditya advised Supreet to not to plead with Ginni.

Amber arrived there and asked Ginni to leave the house with family by mentioning Rajvant never mentioned the Grewal’s has the rights to stay in the house. Ginni replied him even Rajvant didn’t mentioned that they don’t have rights. Later Ginni fell on top of Aditya when she went to his room to take her things and they both shared an eyelock.

In the upcoming episode it will be shown that Ginni will go to sleep outside Aditya’s room with his shirt on her hand. Aditya will question her. Ginni will argue with him saying the only place where she get peaceful sleep belongs to him now so let her sleep here atleast. Aditya will look on.