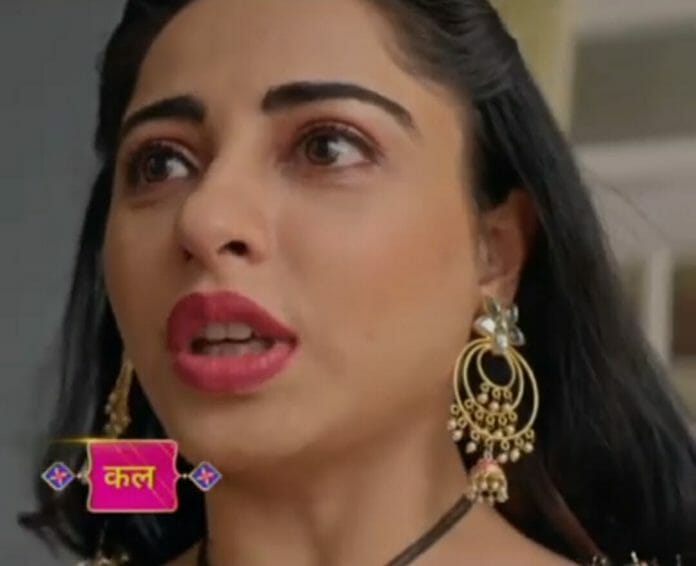 Star Bharat’s show Channa Mereya is gearing up with an interesting drama with Shailaja decides to create a misunderstanding between Aditya-Ginni using this opportunity while Aditya decides to tell Ginni the truth at any cost.

Now it will be interesting to see what will happen next? Will Shailaja get succeed in her plan? Will Aditya reveal the truth to Ginni before the latter gets to know on her own? What will be the reaction of Ginni after she learns the truth?

In the previous episode we had seen that Amber entered Rajvant’s room and got shocked realising that Aditya learned the secret through Rajvant so he started accusing the latter. He also tried to emotionally manipulate him but Rajvant told him whatever happened was right also he won’t fall for his manipulation acts.

Amber got angry then went to Aditya’s room. Aditya questioned Amber why he not even spare the one who outside their family also why did he betrayed Ginni and family. Amber defended himself saying he done this for family but Aditya asked him to stop using family then vowed to reveal the truth to Ginni.

Aditya went to meet Ginni and told her he wanted to talk to her about an important matter but before he could say something Gulraj and family arrived there. Gulraj expressed her gratitude towards Aditya for being there for them always.

She also gave Kushwant’s ring to Aditya as a gift also called him a son which made Aditya feel guilty and helpless. He also wondered how to tell the truth to Ginni but left without telling her. Both Amber and Rajvant got into a heated argument and the former threatened to kill himself which shocked Rajvant.

Marleen enquired Aditya about Kushwant’s ring and asked him to tell her viewers his gift but the latter refused also asked Marleen to stop teasing him. The Singh’s rushed to Rajvant’s room when they heard noises from there and got shocked seeing Rajvant holding the pistol to kill himself.

Rajvant revealed how he and Amber together betrayed Kushwant and told he don’t even deserves to live. Amber tried justify action also pleaded with Rajvant to not to punish himself for the mistakes he made.

Aditya used an opportunity to snatch the gun from Rajvant and Amber also joined him but a bullet fired from the gun which shocked everyone.

In the upcoming episode it will be shown that Ginni will express her love for Aditya and propose him. Later Shailaja will act that she is having a sprain in her leg so ask Ginni to bring her a pain killer from Aditya’s cupboard. Ginni will oblige and opens the cupboard.

Few things will fall down so she decides to put it inside the cupboard but gets shocked when she saw her father’s diary in a burnt state also Kushwant and Rajvant’s photo. She will wonder is Rajvant is Kushwant’s business partner? Shailaja will smirk happily seeing Ginni’s state from outside the room.