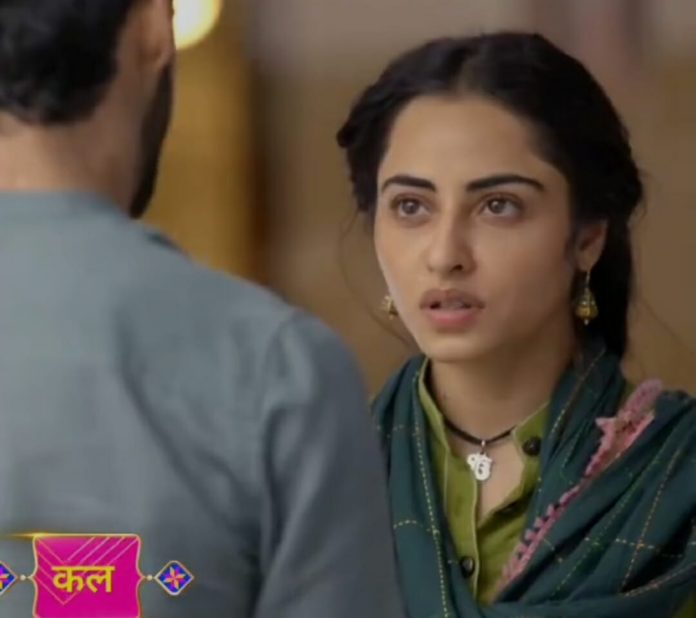 Starbharat’s show Channa Mereya is gearing up with an interesting drama with Sam creating an illusion in front of the Singh’s that she and Aditya is together which annoys Aditya. On the other side Ginni fulfills her promise she made to Jagga.

Now it will be interesting to see what will happen next when Ginni learns about Simran’s existence who hides her identity and staying with the Singh’s? Will Aditya learn about the connection between the Grewal’s and Sam? What kind of changes happen in Aditya and Ginni’s life because of Simran aka Sam’s entry?

In the current track it shown that Aditya tells Armaan that they have to send Sam back to Vancouver soon when Armaan wonders Sam’s motive behind her visit. Amber gets upset with Aditya but Supreet calms him down.

Ginni gets upset that they dont have her father’s recipe book. She then tells her mother they have to pay Jagga the money they promised but Shampy suggests her to give Jagga his money later and let him go to his school picnic.

Jagga comes there. He scolds Shampy also praises and advices Ginni to not to ruin her life. Sam acts infront of Supreet by making a promise to clear the misunderstanding between her and Aditya. She also acts infront of Shailaja that she and Aditya is together.

Aditya hears Rajvant’s wish to have delicious food so he goes to cook for him. Ginni comes to Singh’s mansion to take her utensils but sees Singh’s pan is with her things so she decides to return it.

She sees the smoke and thinks the kitchen got fire so rushes to save Aditya. They both fall to the ground. Simran sees Ginni so hides herself. Aditya and Ginni stares at each other when the latter’s hair get stuck in his shirt button.

In the upcoming episode it will be shown that an annoyed Aditya will ask Simran to stop acting and tell him her real motive. Simran will say to Aditya she is not feeling well so ask him to bring her a lemonade.

Simran will try to run away from the restaurant before Ginni notices her. She will fall to the ground and Ginni will help her. They both will get shocked seeing one another.