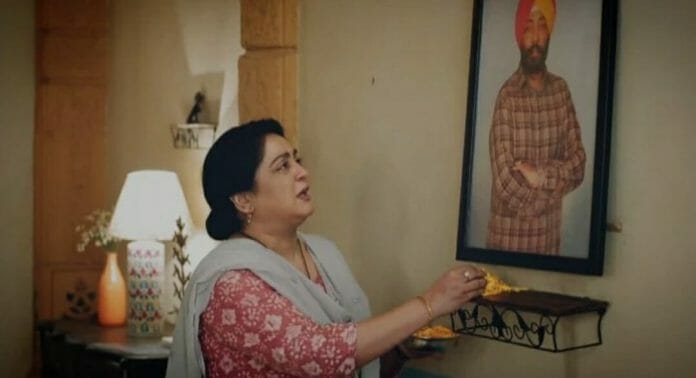 Star Bharat’s show Channa Mereya is gearing up with an interesting drama with the Singh’s gets shocked learning Rajvant’s decision of naming half of the property in Ginni’s. Other side Goldie gets a warning from Ginni. Now it will be interesting to see will Ginni be able to find Goldie’s hidden motive? Will Ginni learn that Rajvant made her as a partner of Singh’s business? What will be the reaction of Ginni when she learn about Rajvant’s decision?

In the previous episode we had seen that Ginni pleaded with Rajvant to recover soon as his family members were worried about him especially his grandson Aditya then left the room. Other side Gulraj got upset thinking Ginni’s worries for the Singh’s.

She called Ginni but when the latter doesn’t answer her calls she got furious and asked Dimpy to inform Ginni to stay with the Singh’s. Someone removed Rajvant’s oxygen inhaler which detoriated Rajvant’s health. Ginni who entered Rajvant’s room to take her phone saw the latter’s condition so rushed to fix the oxygen inhaler just then the Singh’s entered the room and misunderstood Ginni.

Doctor and his team rushed to Rajvant to treat him. Ginni faced the Singh’s wrath. Ginni pleaded with them to trust her but no one refused to believe her. The nurse informed Aditya there was no improvement in Rajvant’s health which made Aditya sad. Aditya accused Ginni for trying to kill Rajvant and send her out of the place.

Aditya Ginni and the entire family prayed for Rajvant. Meawhile Gulraj expressed her disappointment towards Ginni while talking to Kushwant’s photo. She also praised Goldie who helped her. Goldie arrived there and informed her he was with Gulraj but the latter reminded him about his and Simran’s doings against the dhaba also warned not to outsmart her if he does then she won’t spare him and left.

Goldie thought himself that he wanted one more thing other than to punish them for what they done to Kushwant. In the hospital the doctor informed Aditya about Rajvant’s stable condition also suggested to took him home. Ginni got happy hearing this from far but became determined to find who was behind Rajvant’s state.

In the upcoming episode it will be shown that the Singh’s will hear the dhol sound. Ginni will enter the Singh’s mansion with her family which will shock the Singh’s. Amber will order his security to throw the Grewal’s out but Ginni will remind him that she is their business partner so no one can stop them.

She will then go to Aditya and taunt him for not welcoming or greeting his business partner. Aditya will look annoyed.